You might remember my earlier post on car temperature controls. Back when I wrote it, I thought those controls were the worst thing about cars.

To cut the long story shot, somebody hit my car while it was parked, and it took over a month to get it fixed. In the meantime, the insurance company kindly provided me with a free Fiat 500. 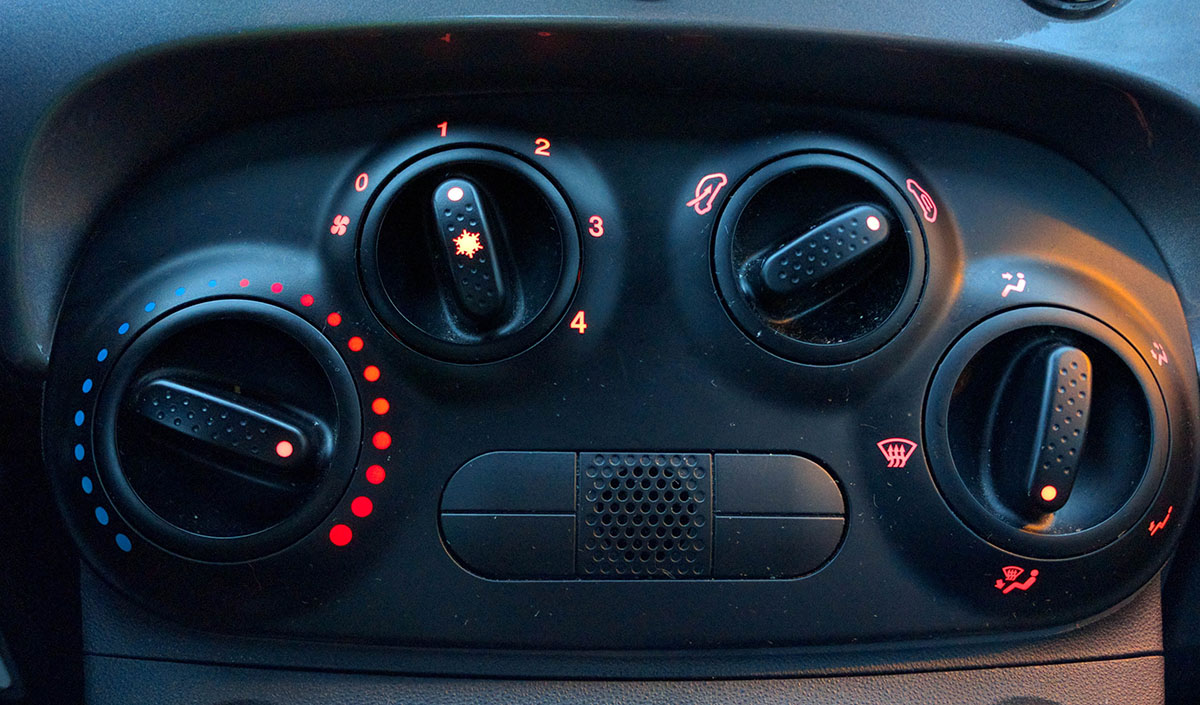 I must say I was not disappointed: the makers of this car managed to put a rotating knob for switching between getting air from outside and recirculating it. As far as I can tell, the only reason for this is to have the same shape of control as the other three.

However, these temperature knobs pale in comparison to what I am going to show you next ;) 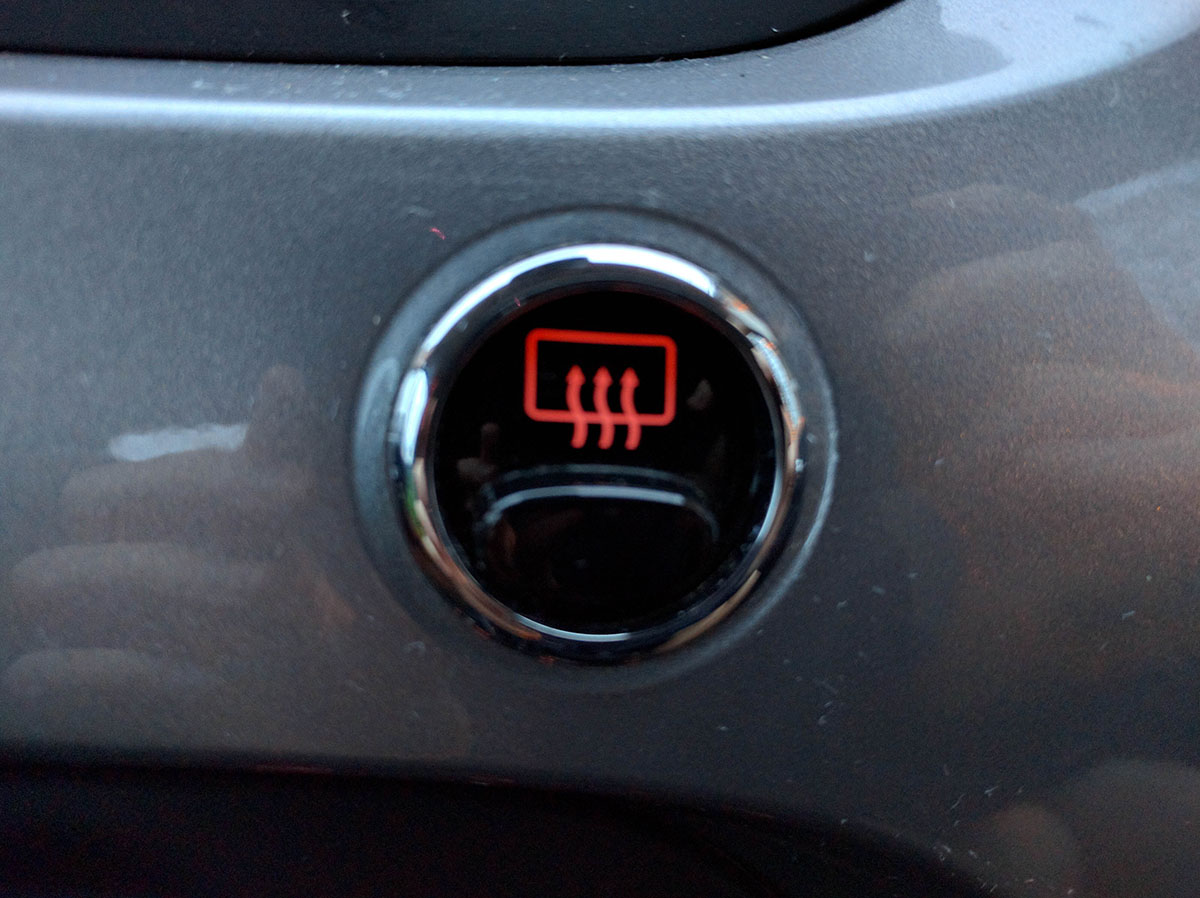 This is a button. It turns on rear window defrost, just like the standard icon indicates.

Now, a question for you. What do you think happens when you press this button to indicate that the function is turned on?

I almost decided it was broken, when I finally noticed a little indicator on the bottom right of the speedometer. 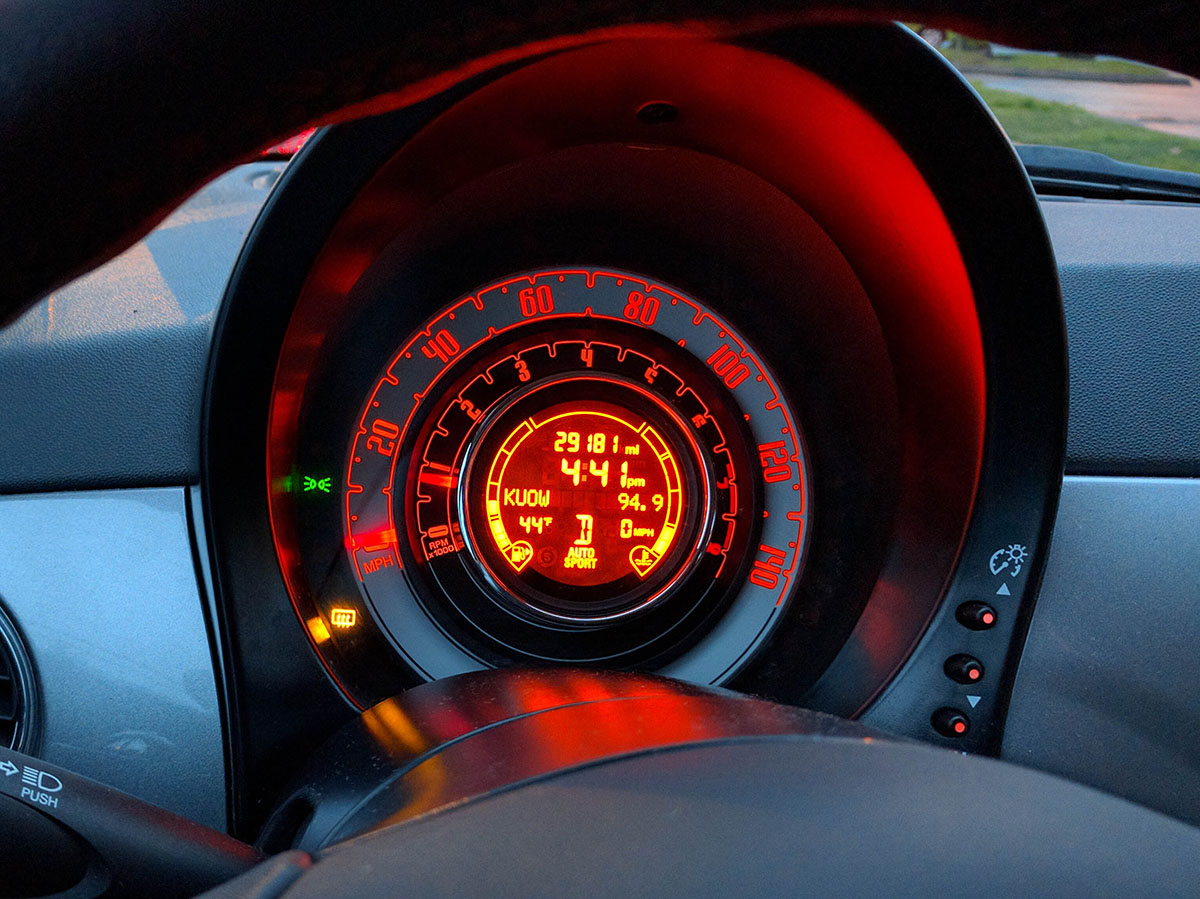 There is a second button just like that. It turns on Sport mode. 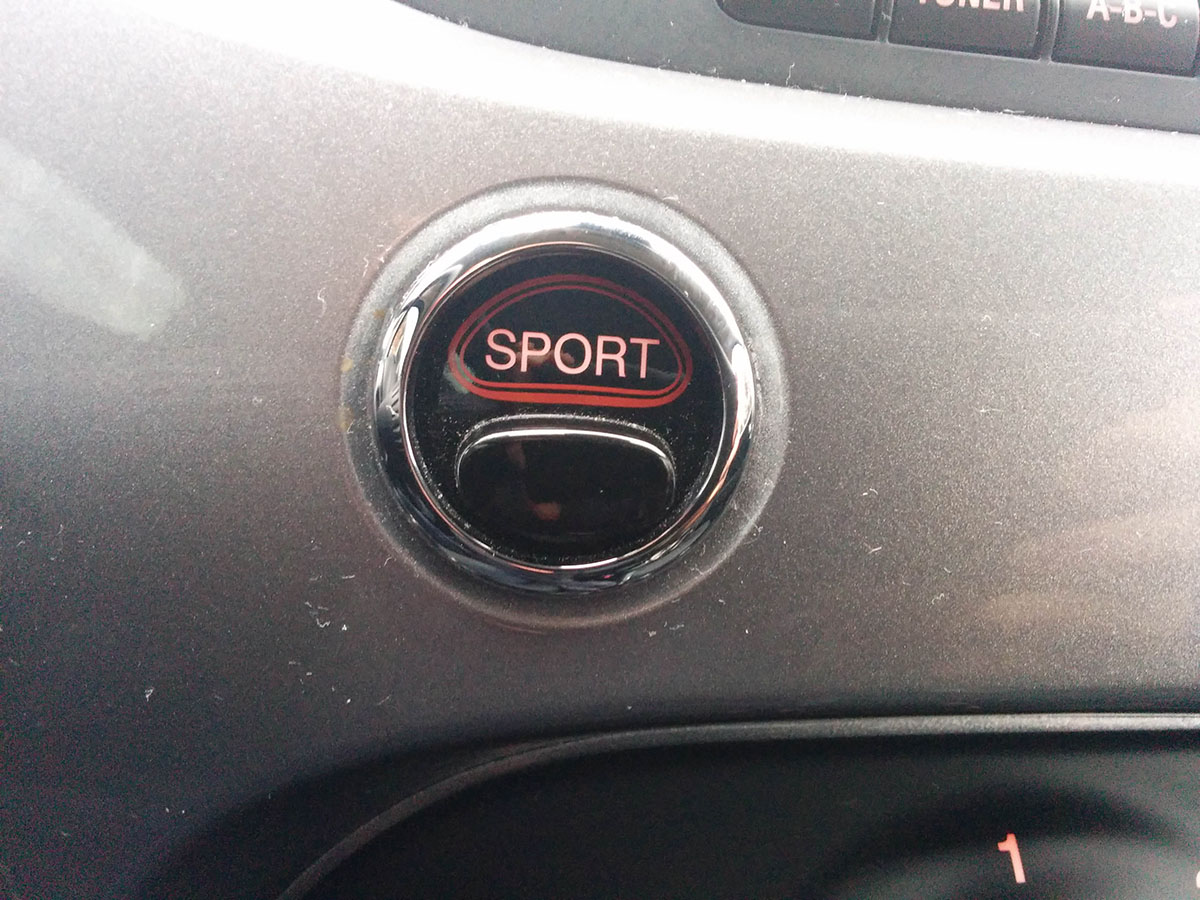 As you probably guessed, it also lights up an indicator on the speedometer. However, that indicator is not next to the rear defrost one!

This is what it looks like with the Sport mode off: 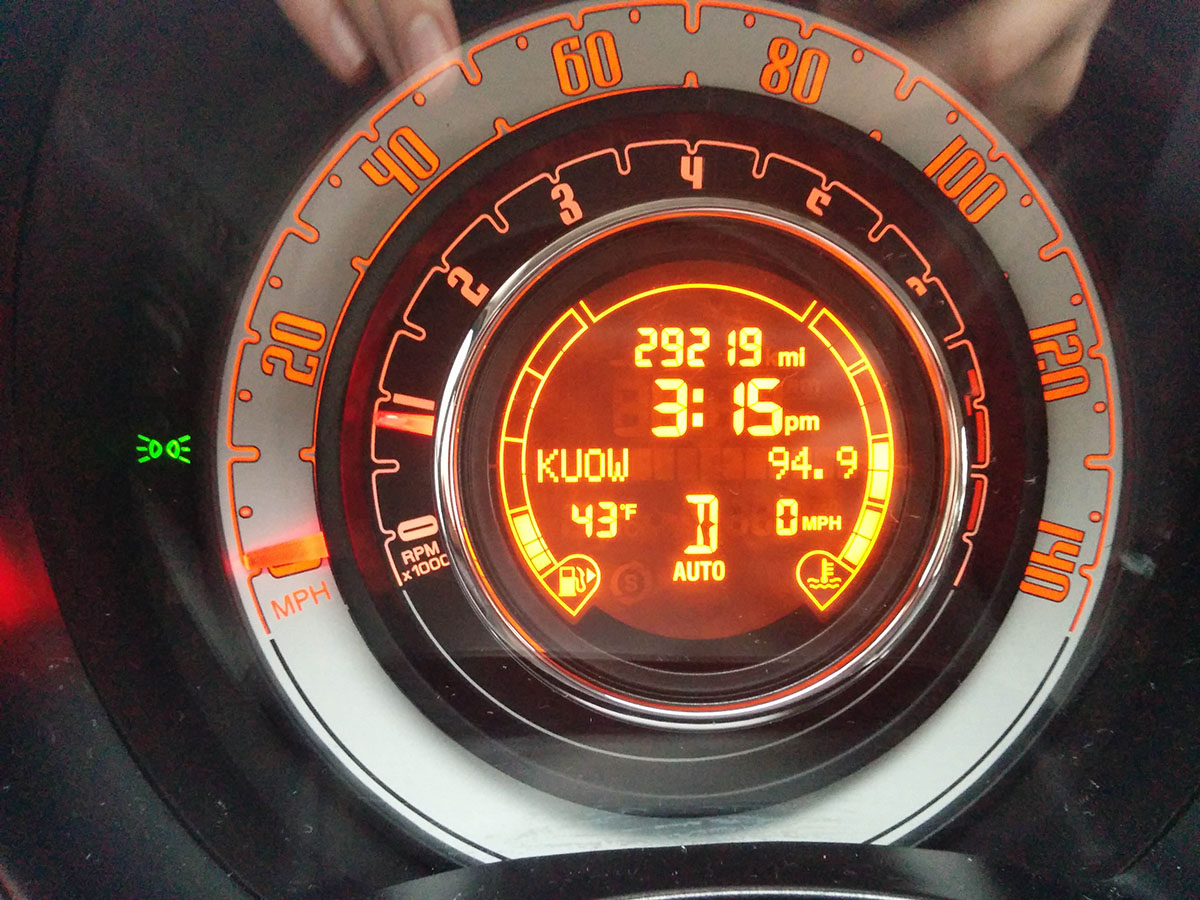 And this is what it looks like when the Sport mode is on: 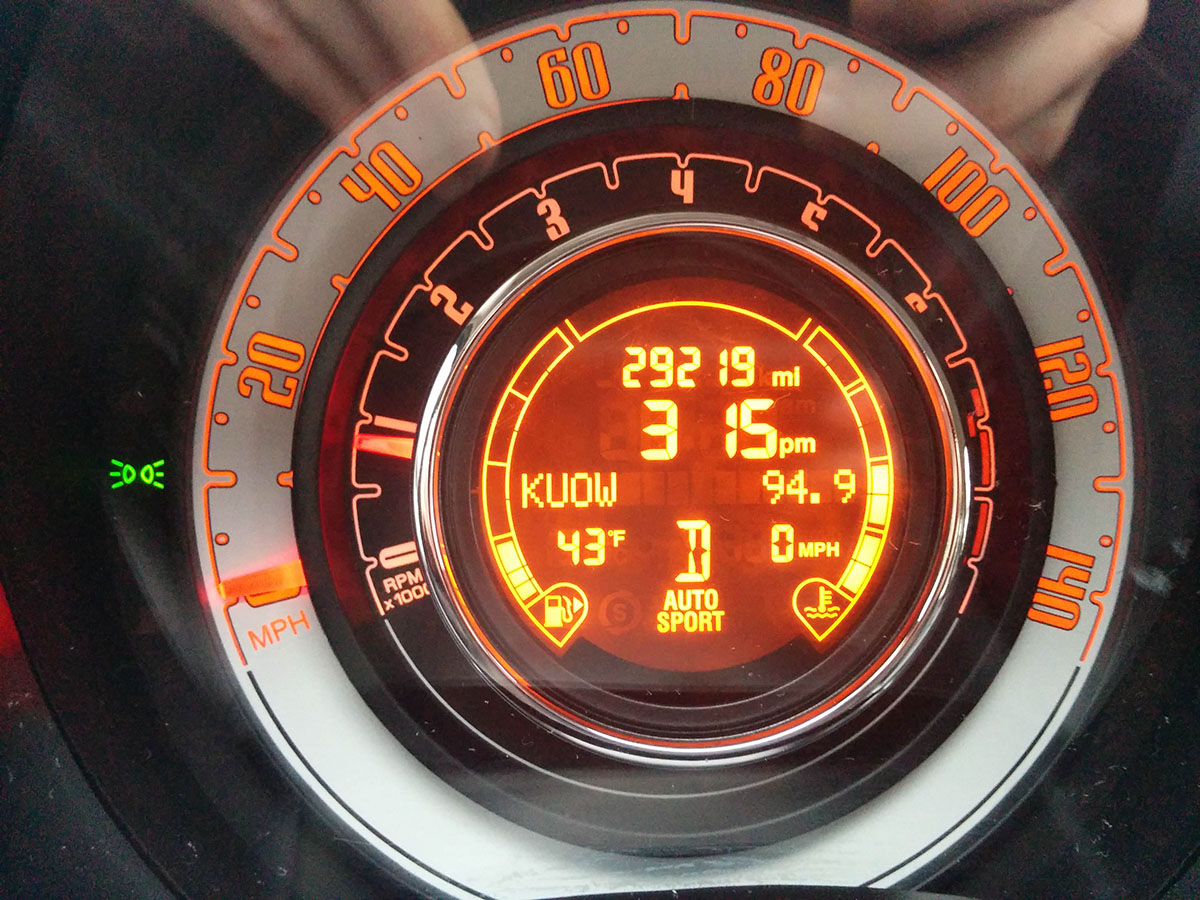 The Sport mode and Rear defrost buttons have the same shape and mechanics, but I fail to see any connection between the two functions that would justify making them so similar. Again, it seems that symmetry was more important than usability to the makers of this car.

Finally, my favorite piece: buttons that aren't buttons. Take a look at the two images below. 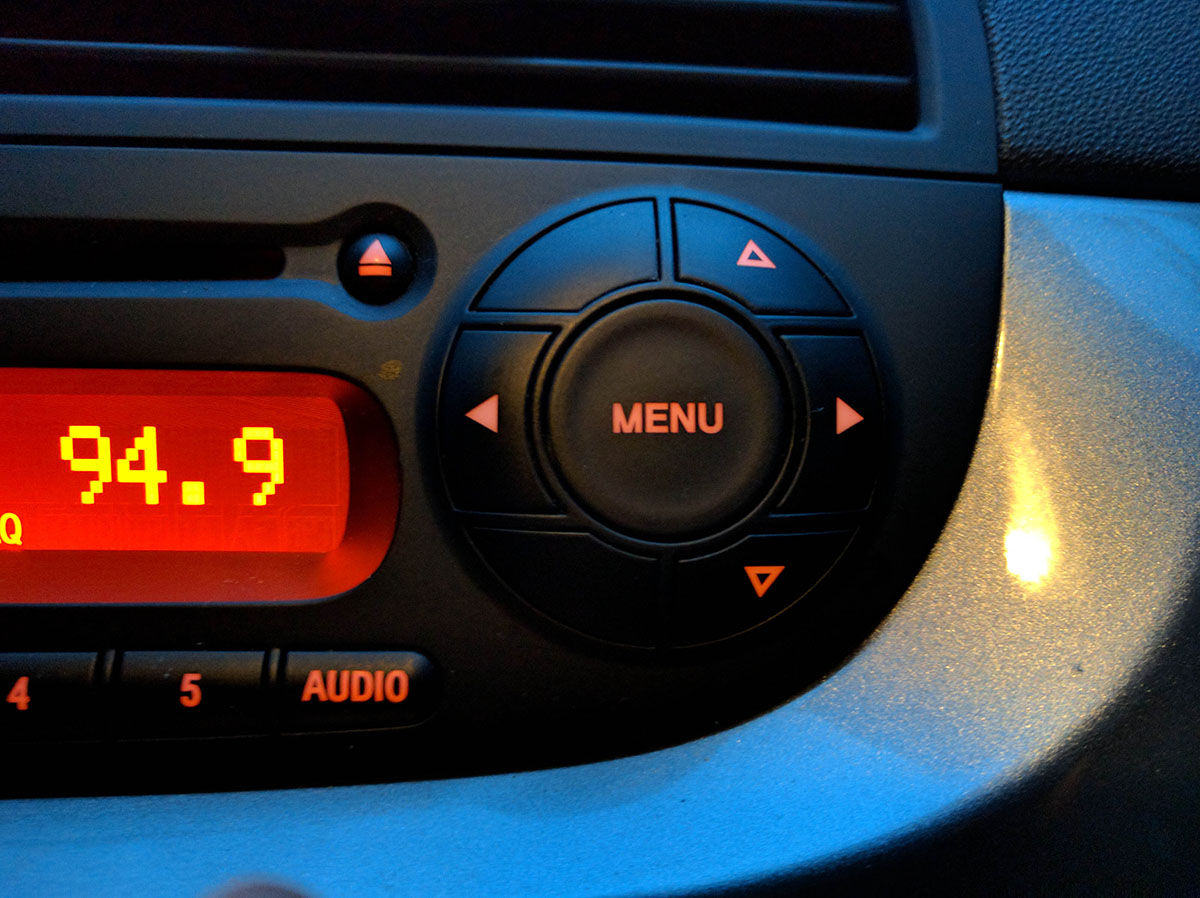 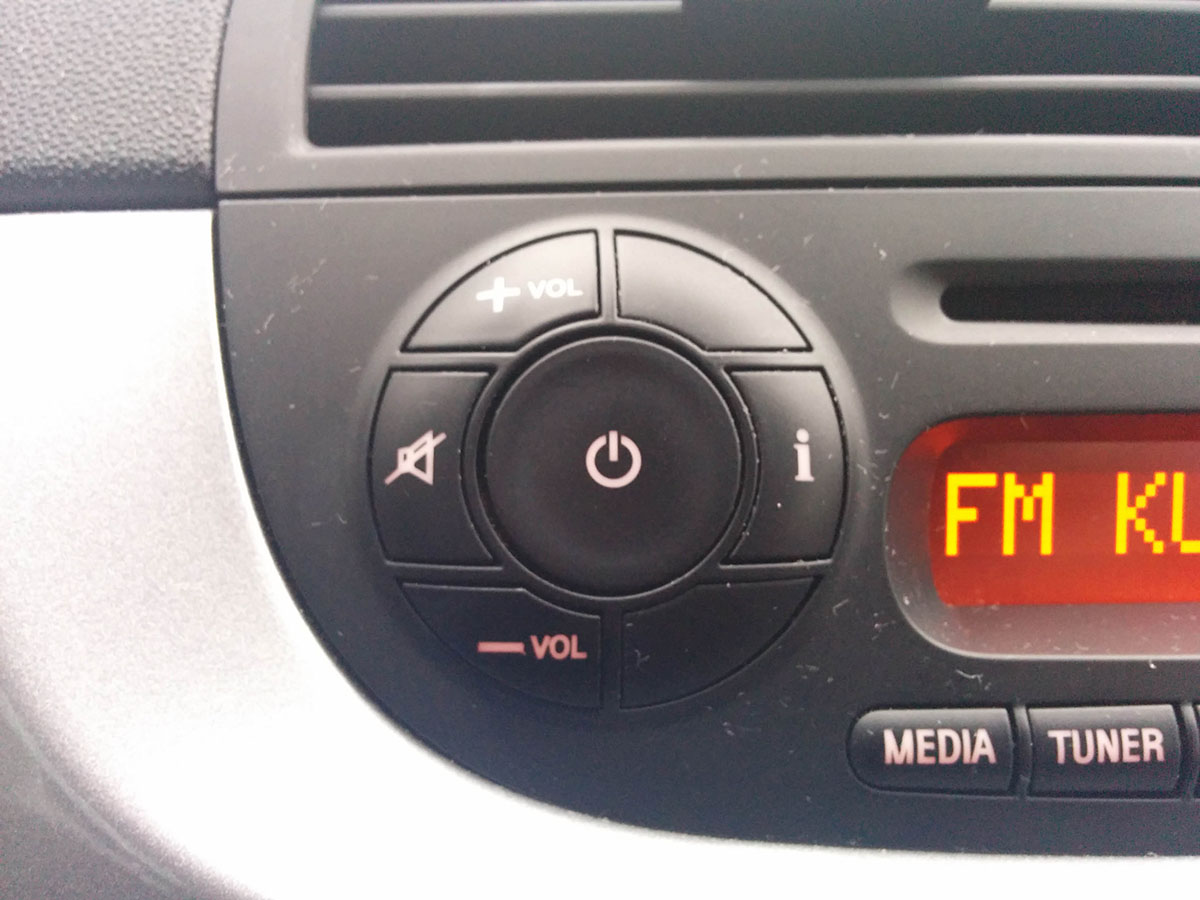 These circular controls are located on both sides of the screen that shows the current radio station. Their shapes are identical, and both of the controls have two unlabeled buttons on them.

I was extremely curious to find out when you press those buttons. Turns out, they aren't even buttons. They look like buttons, but you cannot press them at all.

When I realized this, my mind was blown. Why would anyone consider making something that very clearly looks like a button, but cannot be pressed? As far as I can tell, the answer is actually quite simple.

Fiat 500 is a very cheap car. In order to cut costs, they had to compromise on a lot of things, including collision safety. It would be silly of me to expect that they would put any thought behind those buttons after all. Still, I just wish they could be better :)