I have driven quite a few different cars, mostly rentals, and on many occasions I found myself frustrated with the temperature controls.

Until very recently, almost all cars had the same type of temperature controls, as illustrated below with the 2013 Toyota Corolla: 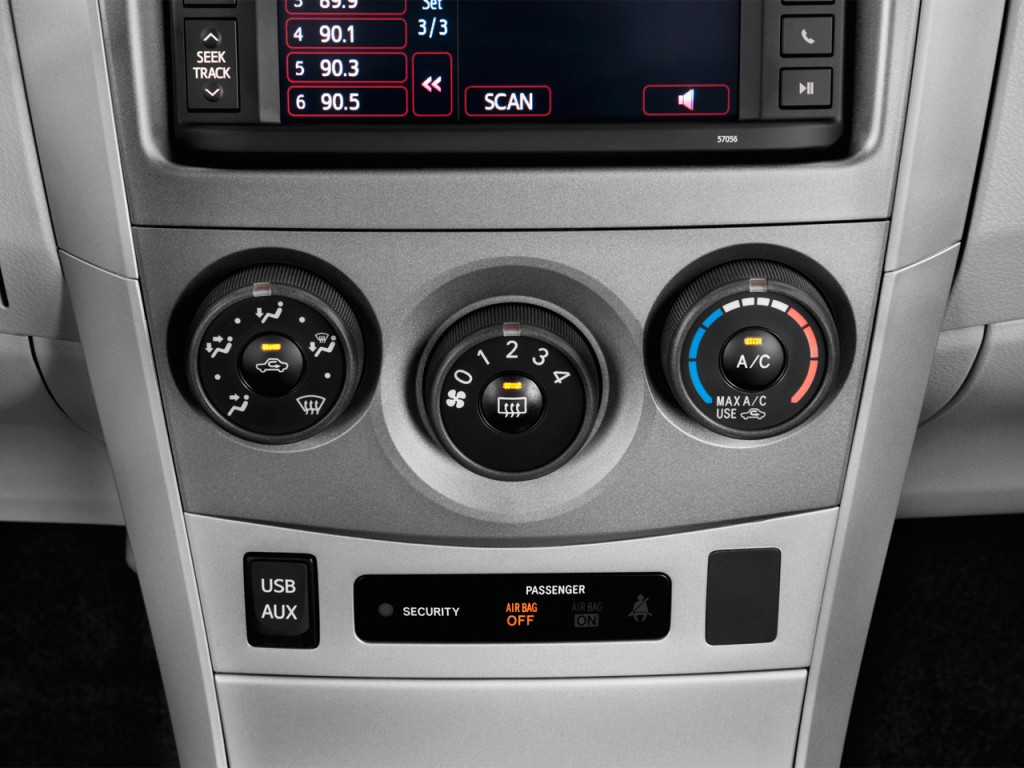 As far as I can tell, this is a classic. This is how car temperature controls have been made for years. I suspect that originally this design was guided by the hardware and software limitations: a system that could maintain a set temperature inside of the car is harder to build than one that simply blows cold air.

This system is incredibly annoying to use, since it requires constant input from the user in order to maintain the same temperature inside of the car. When you want to make it colder, you have to make sure you stop before you turn yourself into an icicle, or else it will just keep blowing cold air. At first you may want to set the fan speed to high to get the car cooled off quickly, but then you need to lower it so that it does not get too cold.

True climate control seemed like something out of a sci-fi movie until I got to drive a Honda CR-Z. The picture below is for the 2013 version, but the controls have not changed since the car came out in 2011. I am not saying that cars like that did not exist before, this was just the first one that I saw. 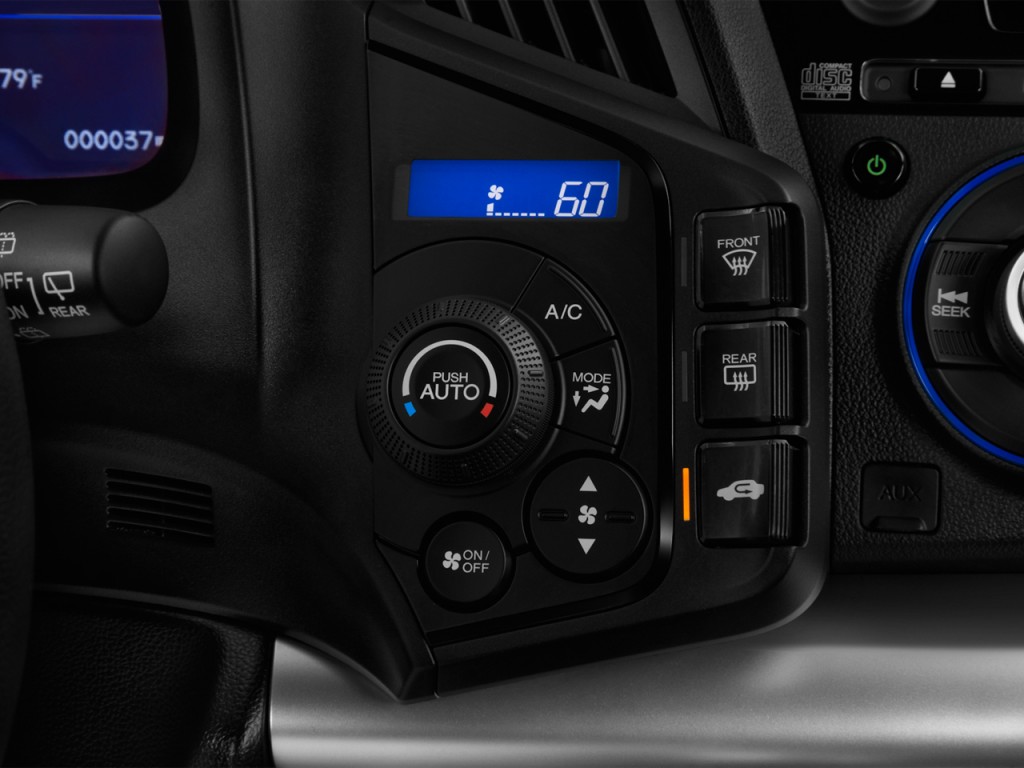 I had the temperature set to 72, pushed the Auto button, and never had to think about it again. When I got into the car on cold early mornings, it would blow nice warm air at me. When it was melting hot outside, it would turn on the A/C and run it on high until the car was cooled off. I didn't have to adjust anything or worry about the temperature in the car — it was always perfect, just what I set it to be.

Some of the other cars I am going to look are a bit newer, while others are a bit older. I simply picked the ones that looked most interesting from the temperature control point of view.

Let's take a look at the controls of the 2011 Dodge Grand Caravan (still unchanged in the 2015 model). 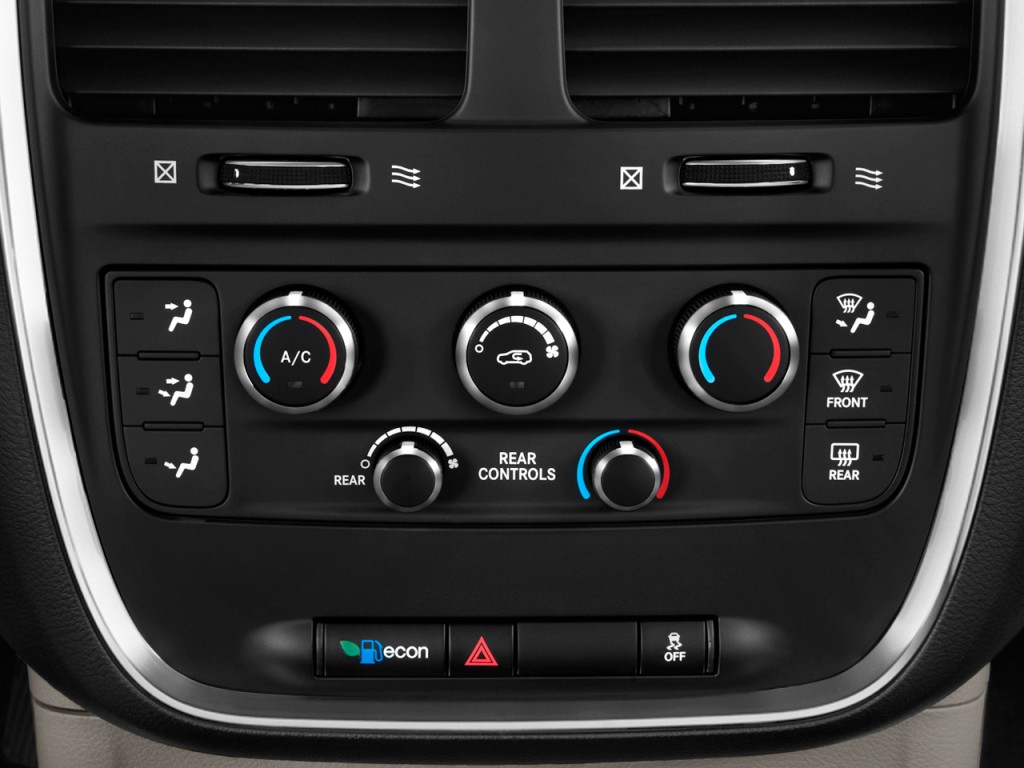 In my mind, this panel represents triple horror. There are three separate knobs that allow to change temperature in three separate zones. I am sure that this was marketed as something that allows for extra comfort of all the passengers, but when did you last ride in a car where people could not agree on some reasonable temperature that suited all?

Since there is no way to set the desired temperature, whoever sits in the back will have to bug the driver every time it gets too cold or too hot, or too much air is blowing at them. The front passenger is now also well entertained with their own temperature knob that they can constantly adjust during the entire trip.

One would think that touch screens would make everything simpler an more intuitive. Not if the touch screen is part of the 2010 Ford Fusion! 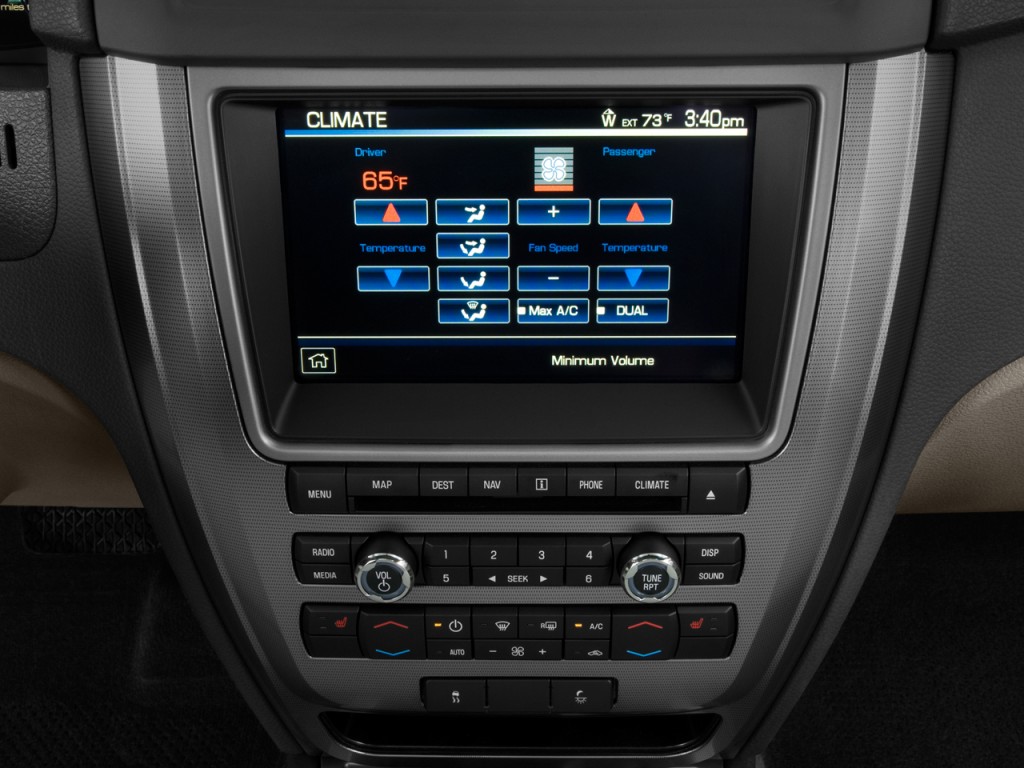 This car literally has 4 sets of controls: 2 for the driver and 2 for the passenger. The hardware controls on the bottom have no visual indicators, so I am guessing one would have to look at the screen to see what the fan speed or temperature was set to. Of course, the fact that you can set temperature is already a huge improvement, but I don't think it quite makes up for the partial duplication.

2008 Toyota Prius also had an interesting take on the touch screen, as you can see below. 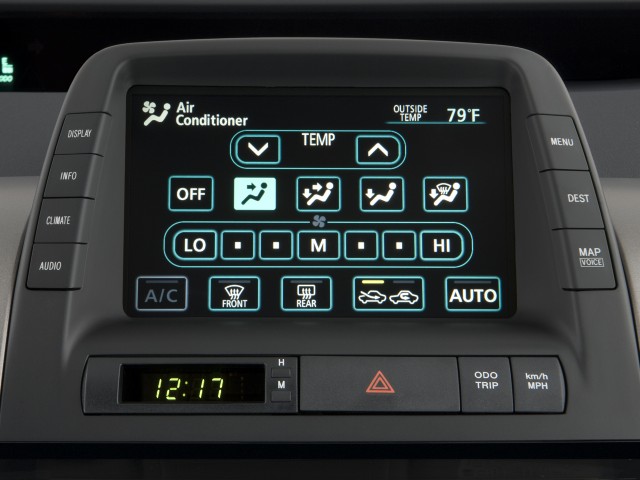 The most confusing thing for me here is the choice of locations for "Off" and "Auto" buttons. Why is the "Auto" button in the bottom corner? Would it really get less use than front and rear defrost? The "Off" button is for some reason associated not with the fan speed, but with the fan options. It looks like the only reason for that was to make things line up on the screen more prettily.

Another thing that is not quite clear is why temperature is controlled with the up and down arrows, while fan speed has 7 separate positions. Doesn't it also technically go up and down?

Toyota must have realized that having touch-only temperature controls wasn't a great idea, since that basically turned the touch screen into a dedicated temperature screen. Of course, one could still switch back and forth between map and temperature, audio and temperature, and so forth, but wouldn't it be nice to be able to see everything all at once?

In the 2014 model, the temperature controls are below the touch screen, as you can see in the image below. 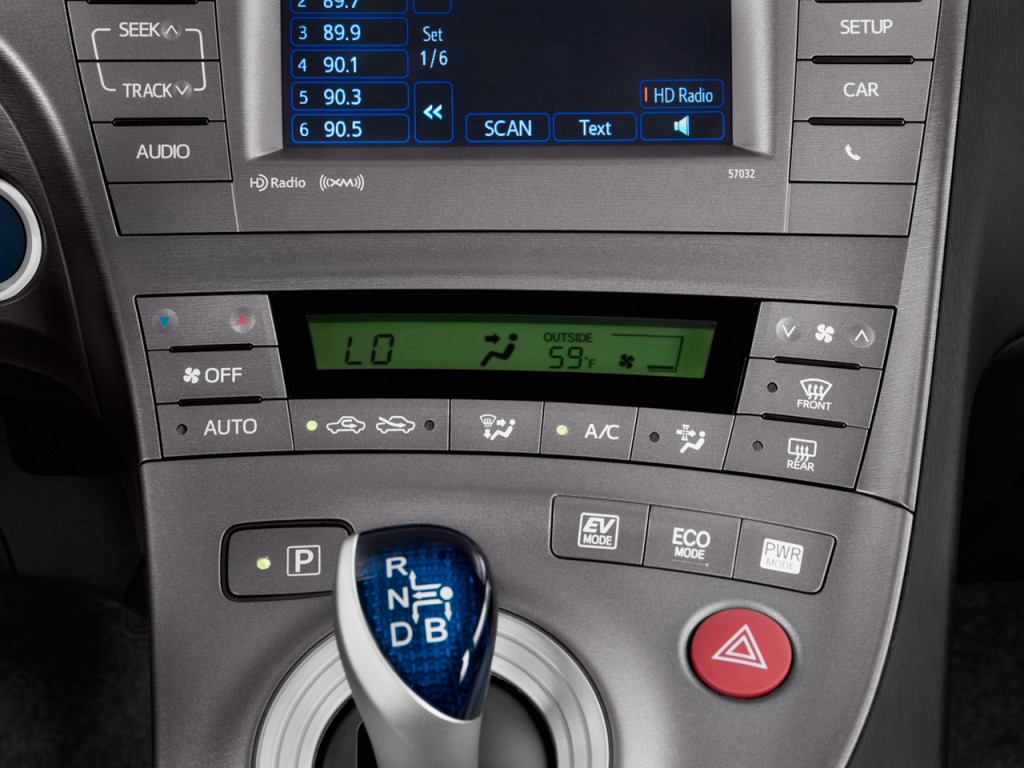 This is already much better. My only complaint is that it is easier to adjust temperature with a knob. But wait! Look at the 2015 model. 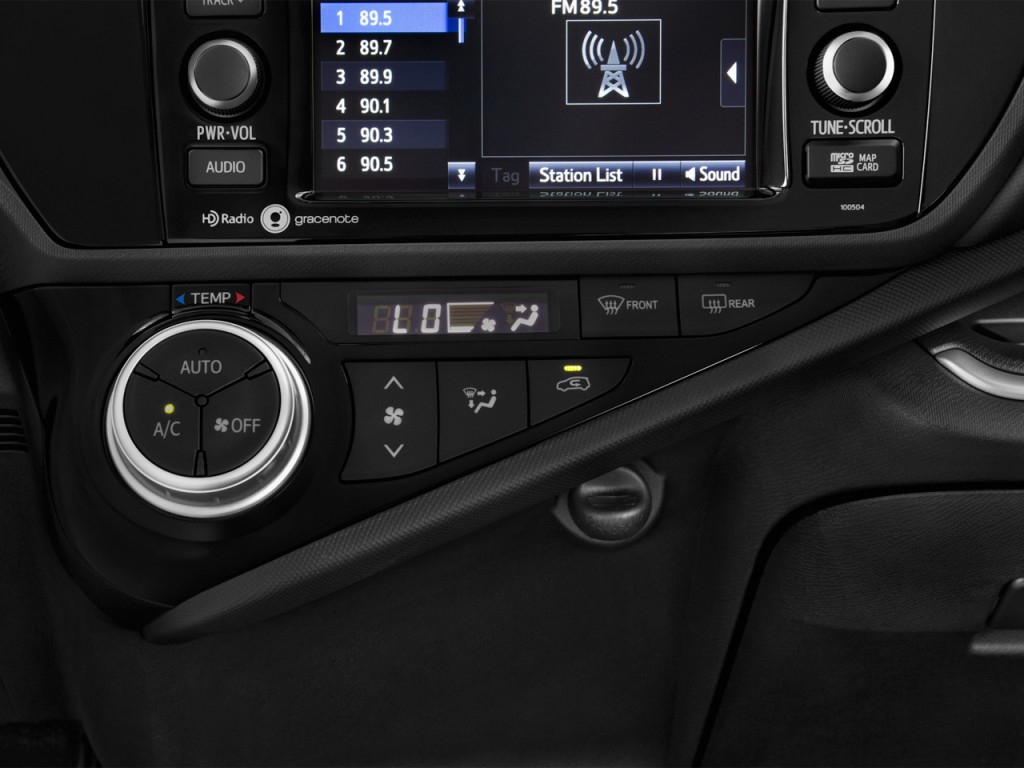 This beautiful set of controls is almost the same as what the CR-Z had back in 2011. I am glad to see that there are finally more cars that make sense!

However, it is still puzzling to me why this process is taking so long. Do some car manufacturers still think that their customers like the good old controls?