You might think that this is a strange thing for me to say, "We can always eat more." That's because I didn't come up with the phrase.

One day, several months ago, I was eating dinner with my friends. I don't remember the exact details any more, but at some point Denis said these words. I would never think of him as someone who would eat too much, which made the whole thing hilarious.

The phrase was permanently stuck in my mind, and I knew I wanted to write it out and give it to him one day. I'm sure he has long forgotten about it.

Of course, I procrastinated for a while, imagining what it would look like, but never even touching a piece of paper. I really have to stop doing that, and follow through with these projects shortly after I think of them.

I wanted the word "always" to be written across the entire page on a diagonal, but beyond that, I didn't really have anything specific in mind.

I made several sketches, and quickly realized I needed a compass to make a nice curve for "always". 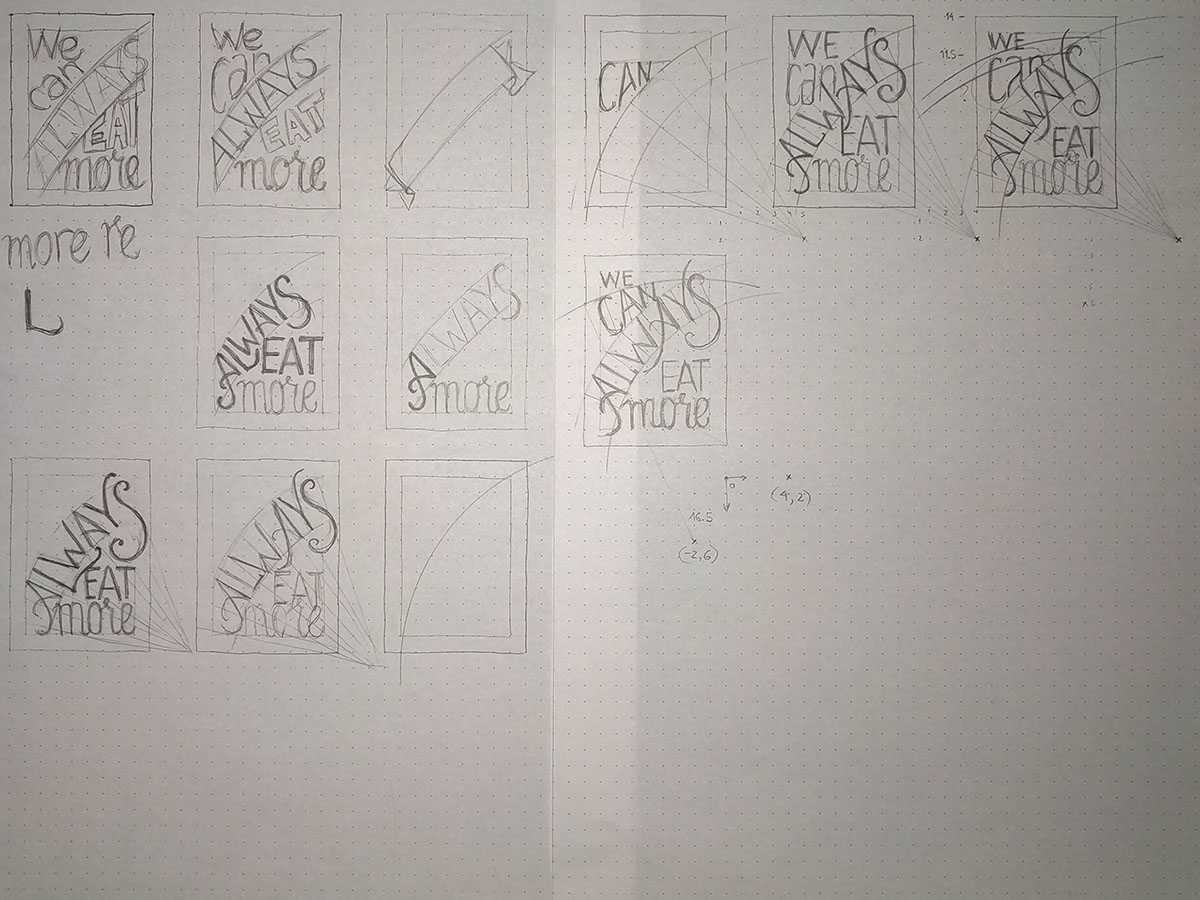 Most of the time, I try to do as much as I can by hand. In this case, I needed to draw a 14" circle, and I simply didn't have a compass large enough, so I had to settle for making some guidelines in Illustrator and printing them out. You can see them trough semi-transparent paper in the next photo. 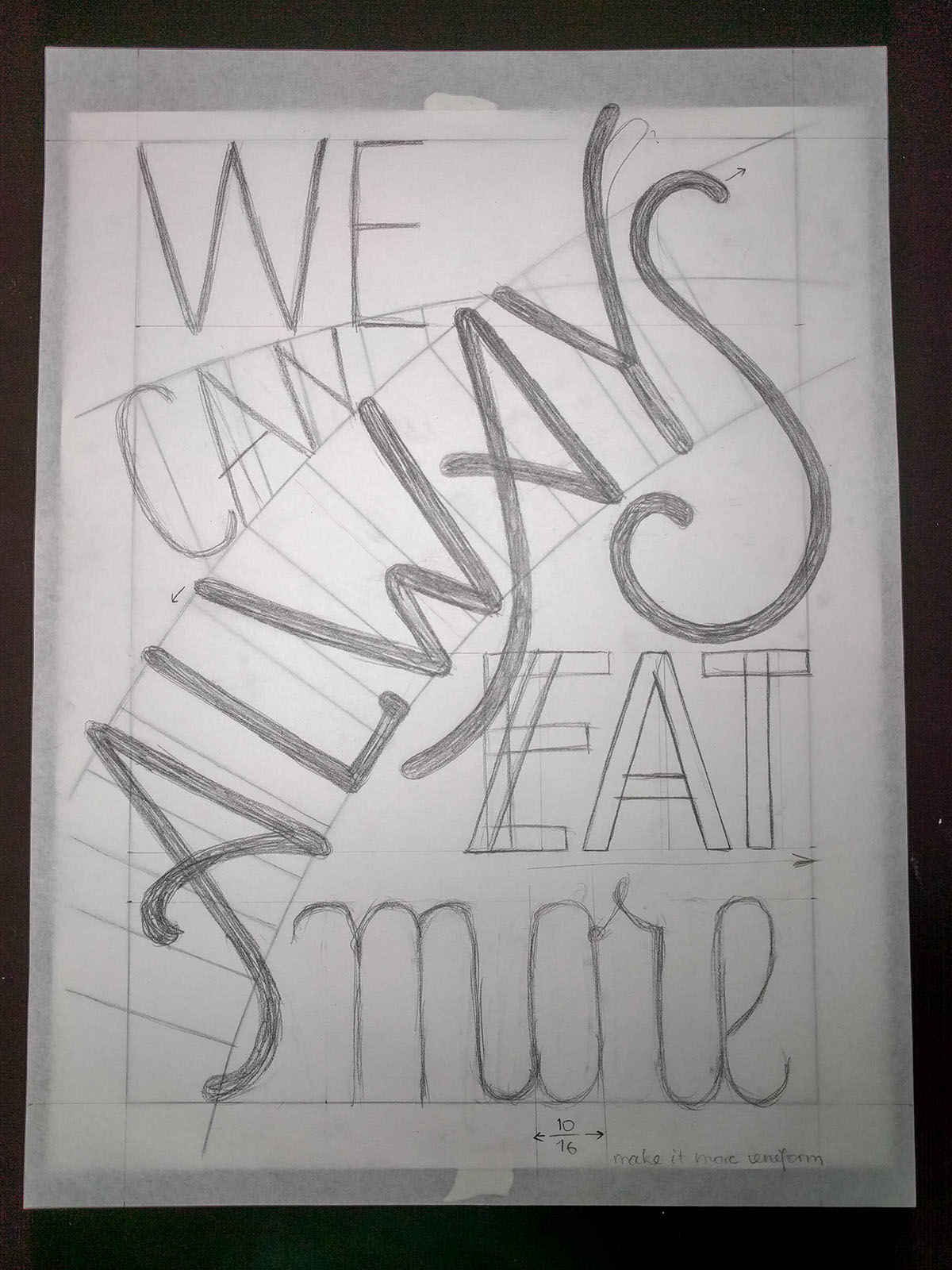 The version above was my first draft, but I think it about covers what I wanted to do, minus some small detail and nice straight lines.

I traced over this version with pencil to refine the shapes and adjust spacing. 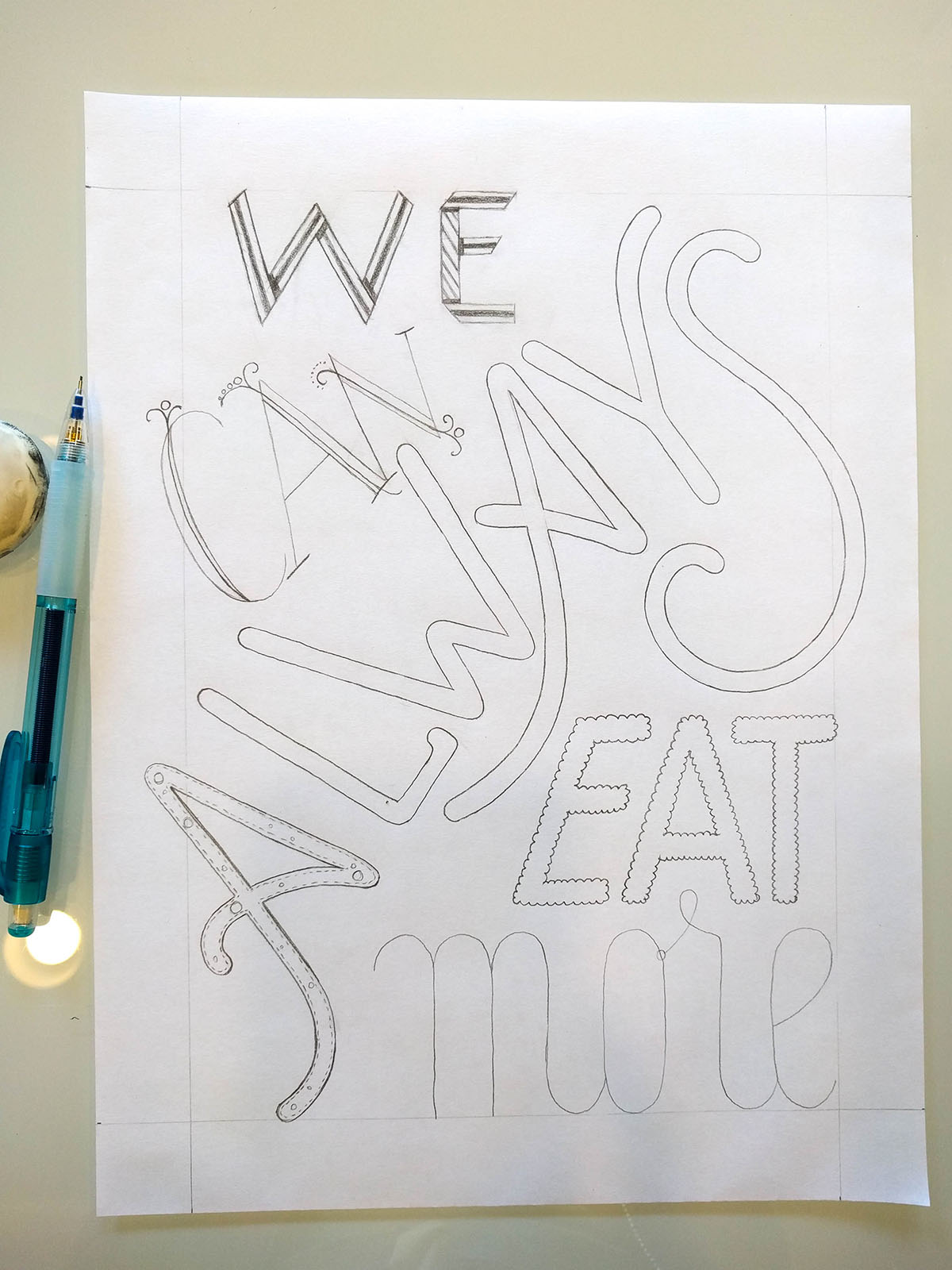 Then, I used black Micron pens of varying thickness to trace the letters onto thicker paper. 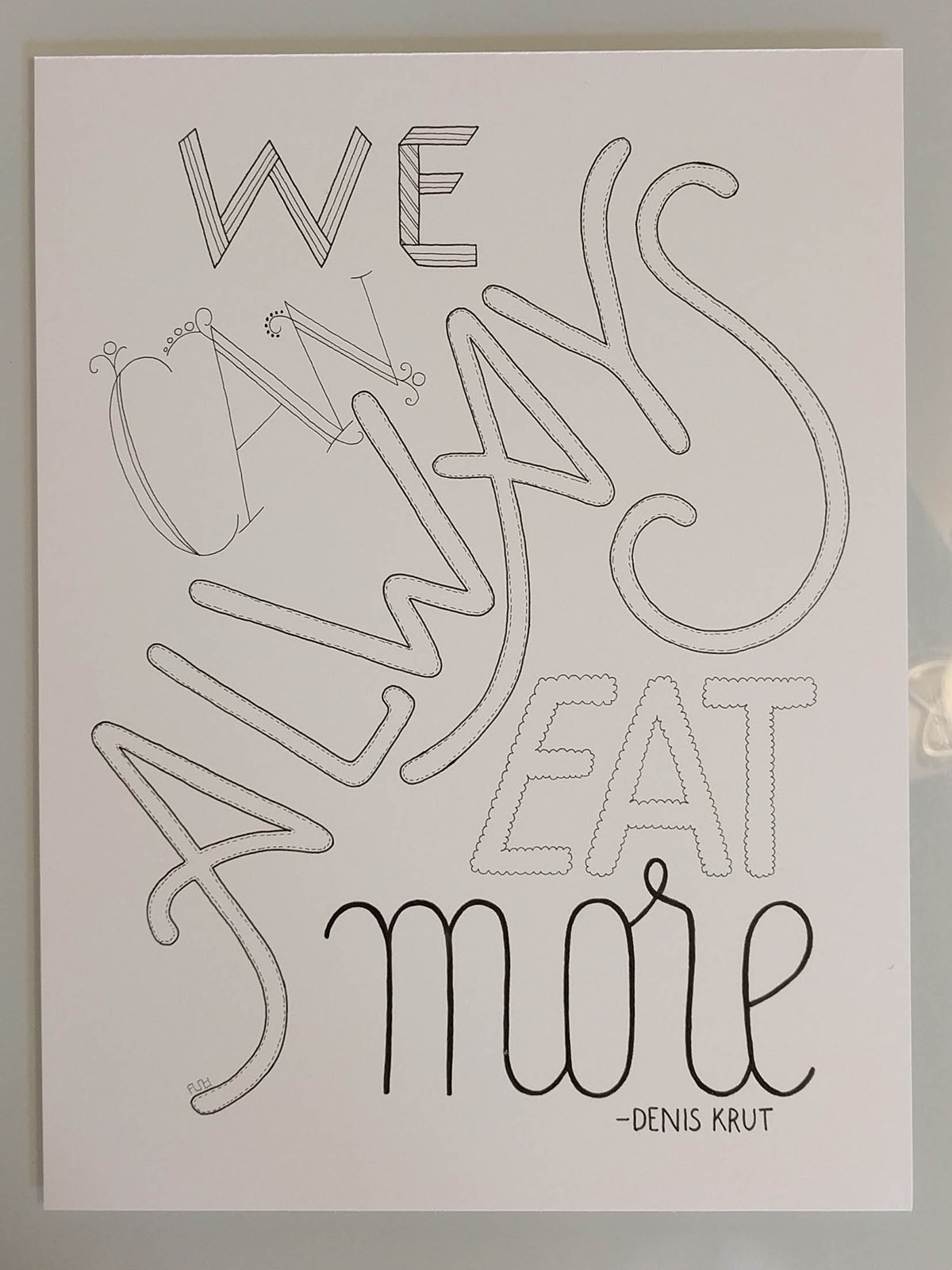 Finally, I picked some cheerful colors that would go nicely with the letters, and filled them in. Below is the final version. 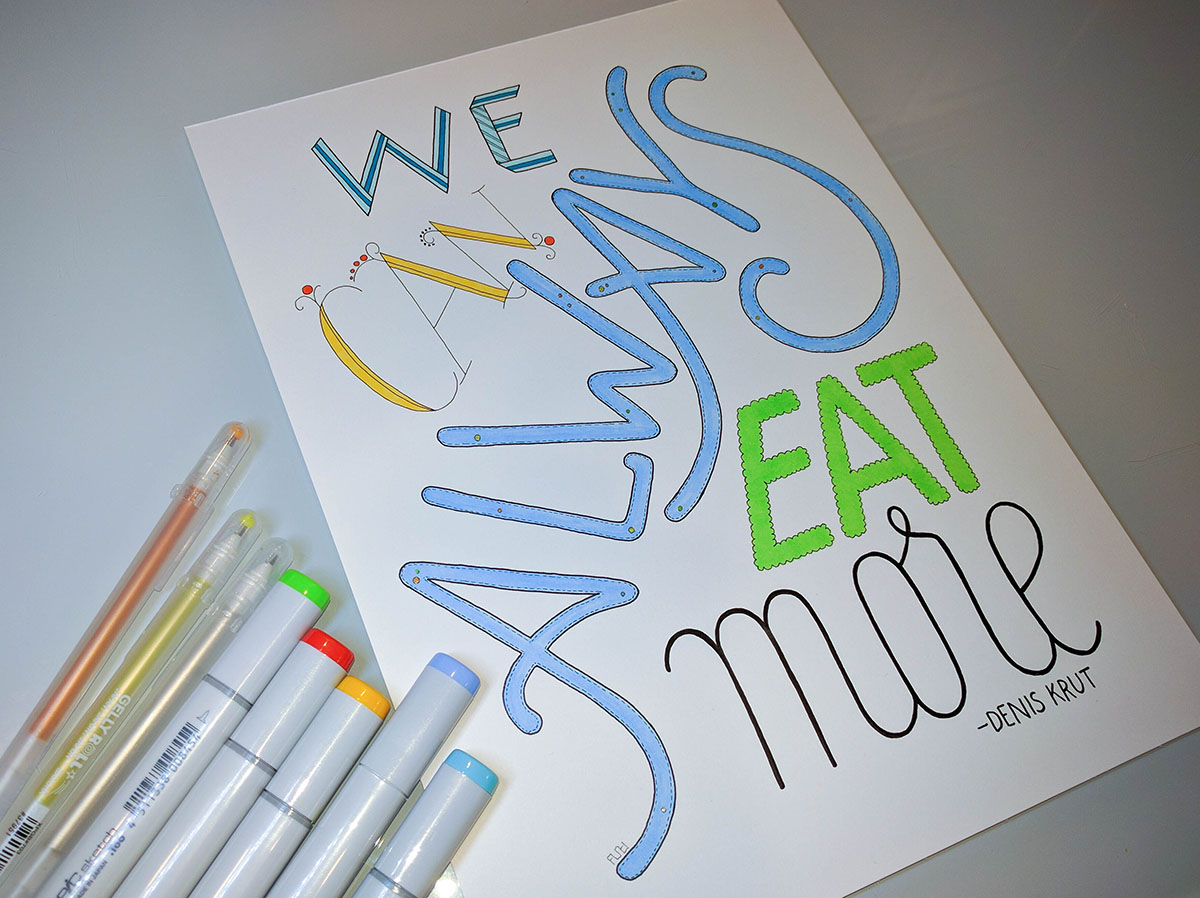 This was a fun little project. I can't wait to see what Denis says once I present it to him :)