Well, this is the longest series of posts I've written so far! In fact, if I made one post for each iteration of the book, I'd have to make one more. I feel like I've spent enough time talking about it, though, so I am going to combine the rest into a single post.

For the final critique, I addressed all of the issues that had come up before. I was finally at the point where I actually liked what I made.

Below are the thumbnails for the entire book (except for the last page and the cover). 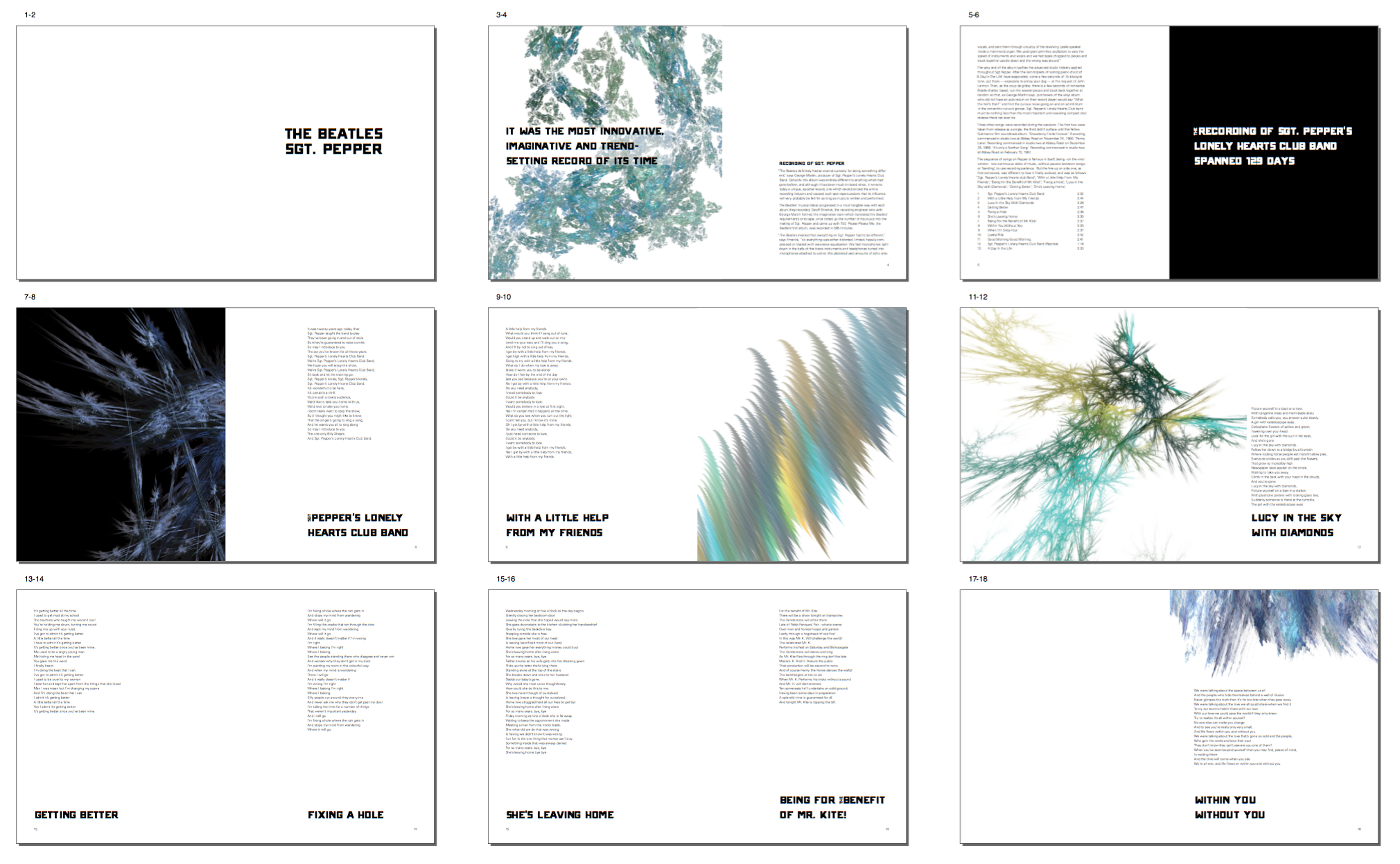 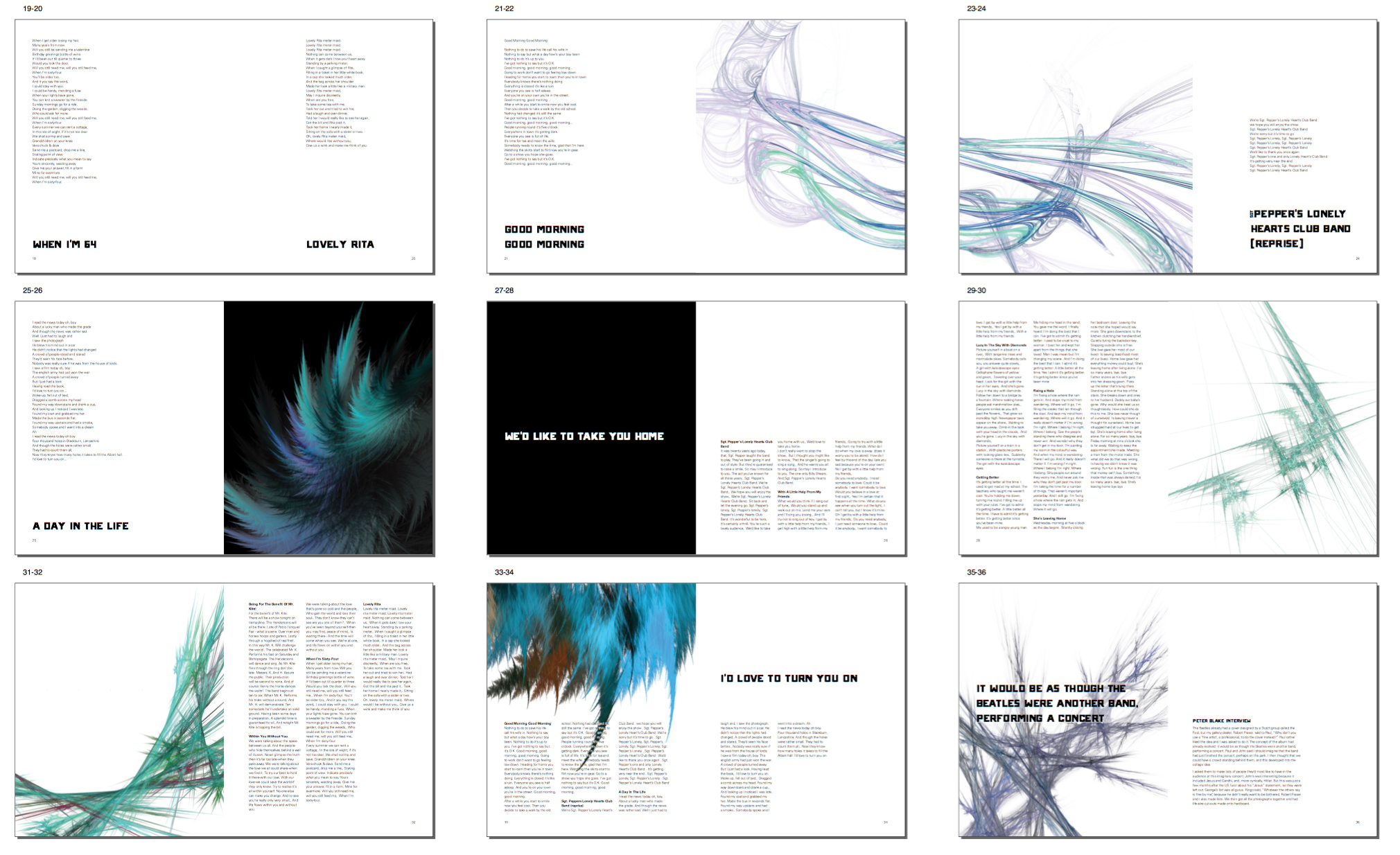 Some of the notable changes include making the page numbers much less obtrusive, using the same type for headings and quotes, making some pages black, and adding different image sizes.

I still got some valuable feedback: the leading in the song title should be reduced; images should wrap around pages so that the black ones are not just black, but have a little color in them; the white text over image in the next to last spread has to go (I suspected as much anyway); the graphics in the three-column section should be treated even more differently.

There was also a fair number of typos in the text, so I simply sat down and went through every single word. Then I addressed all of the feedback, printed my book, got in bound... and here is what the final version looks like. 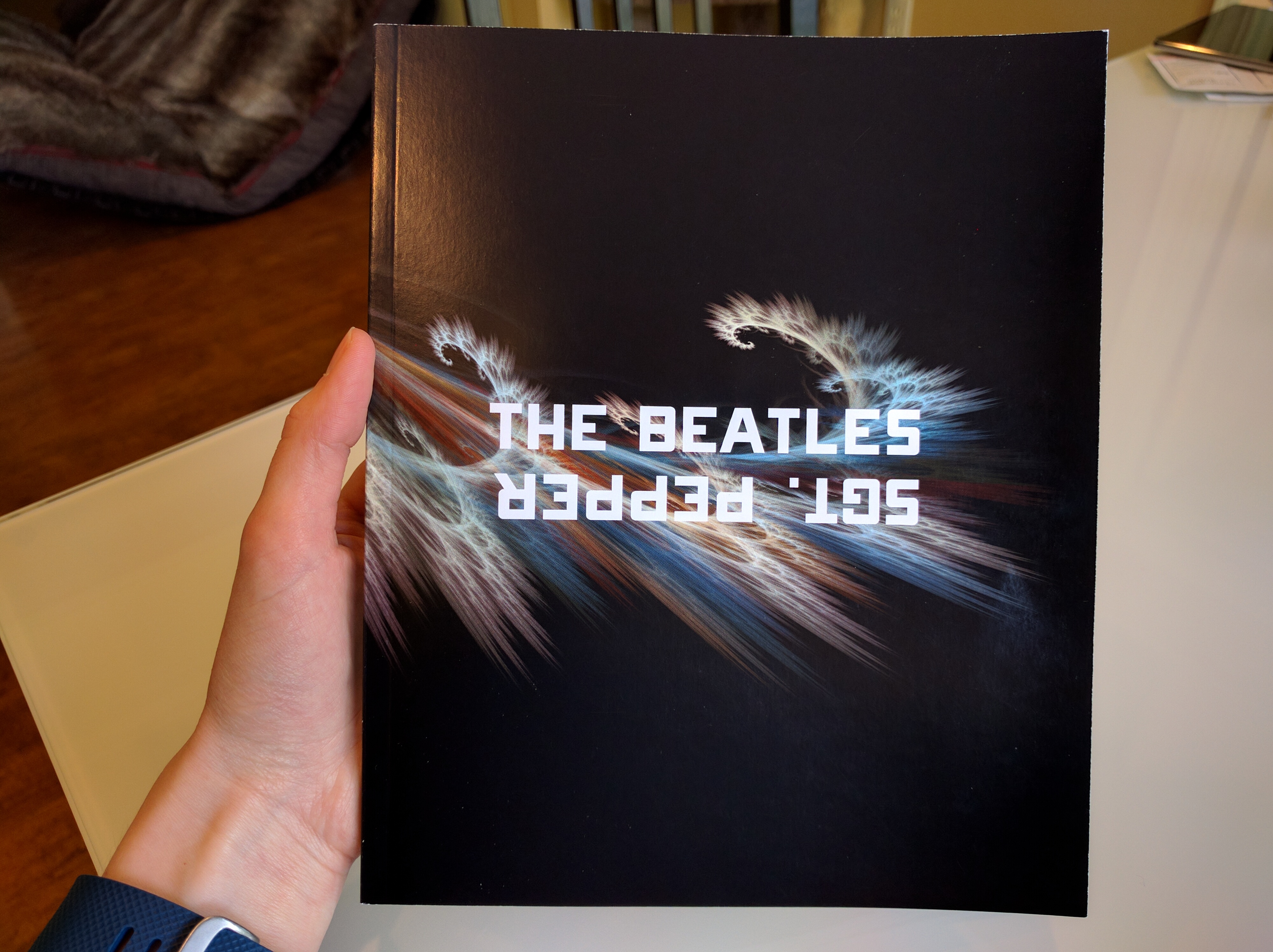 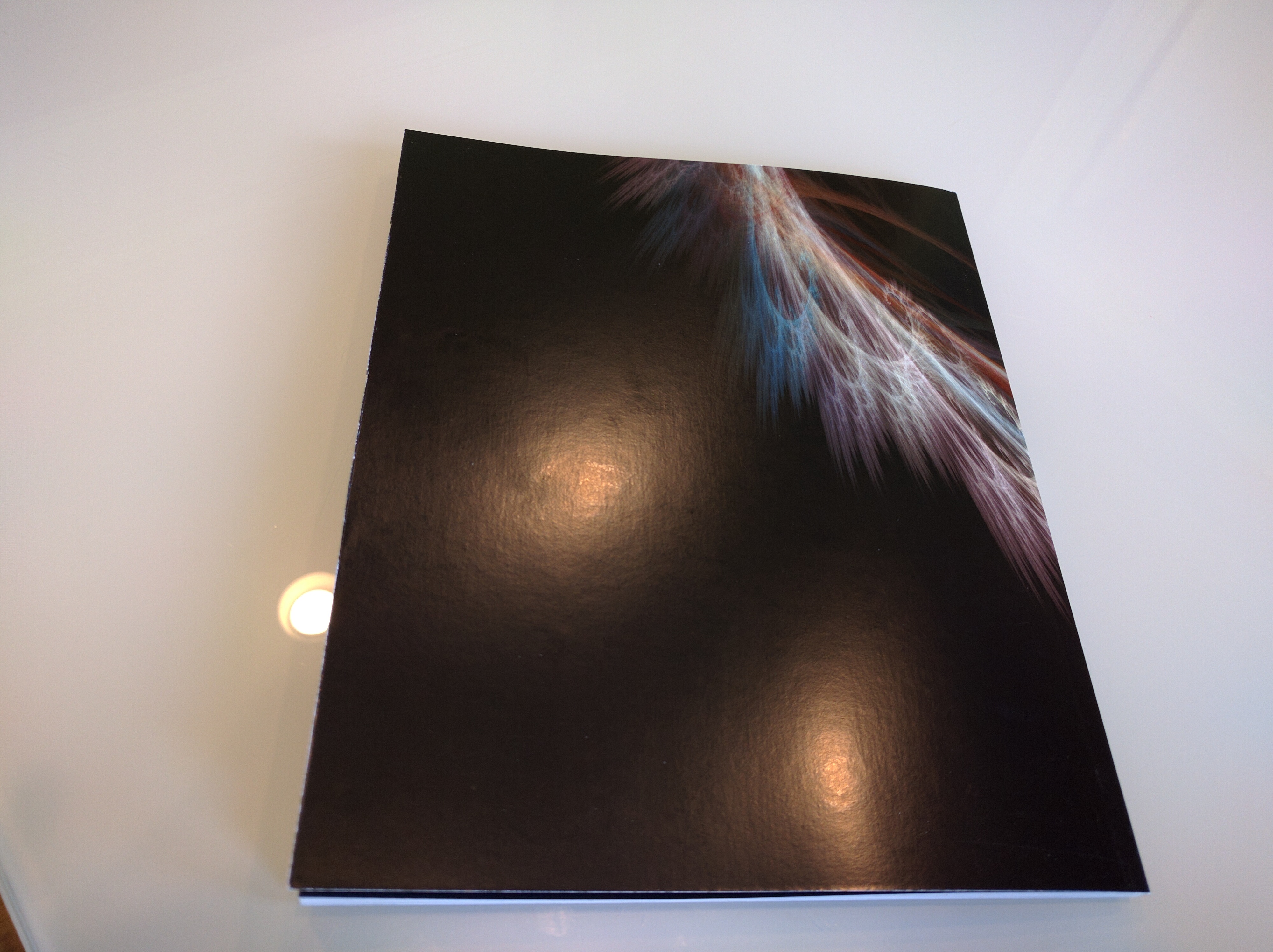 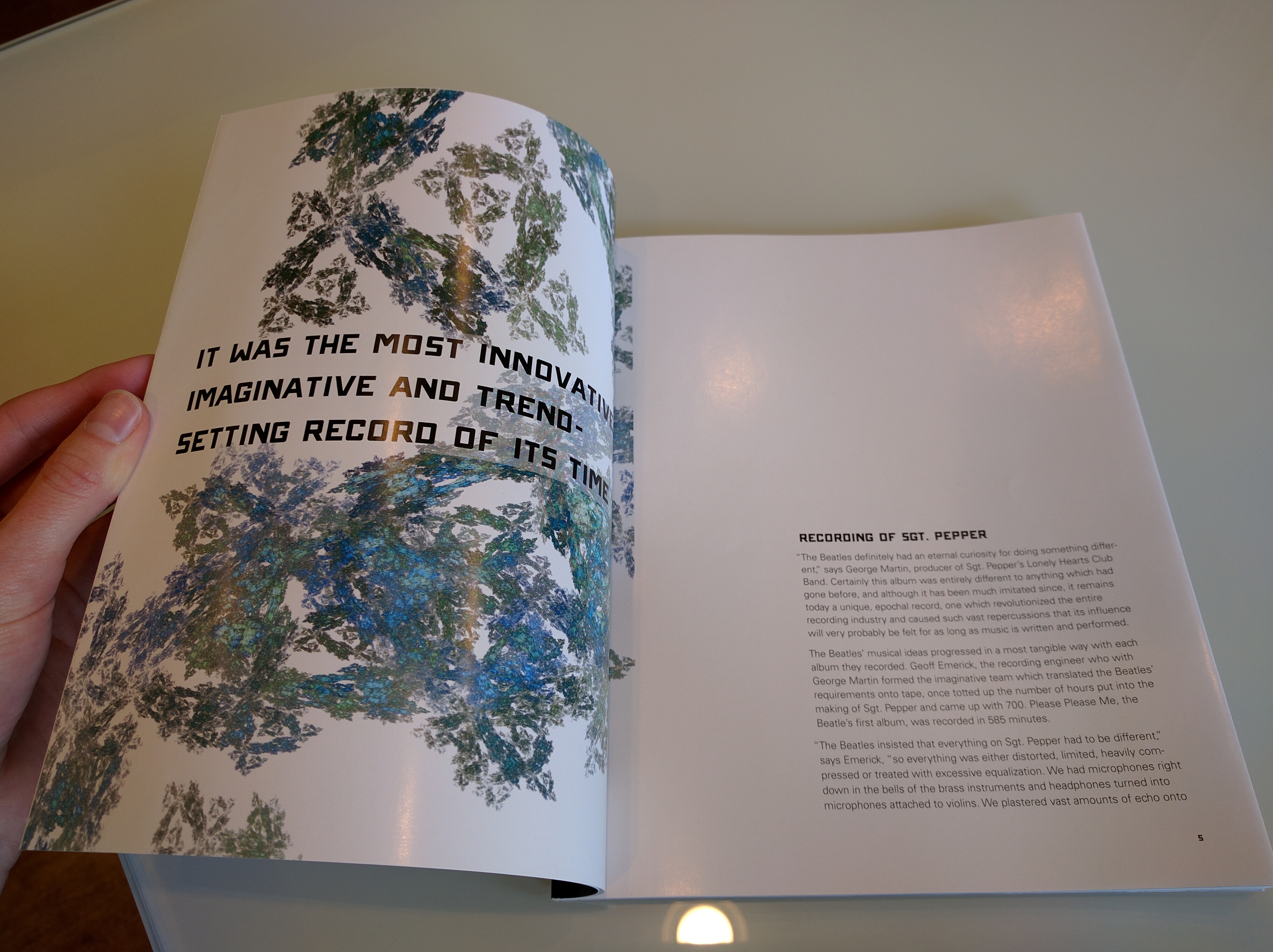 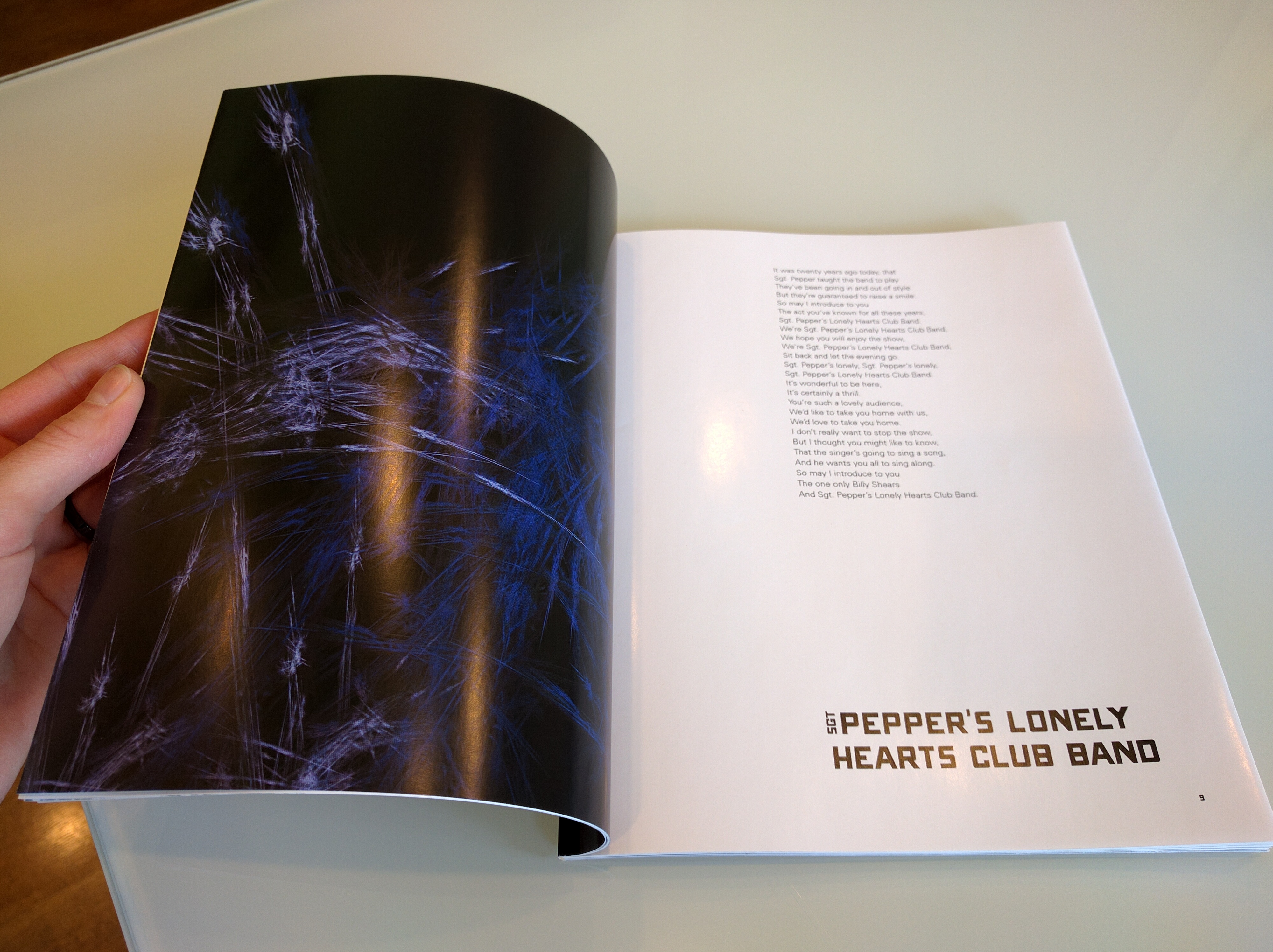 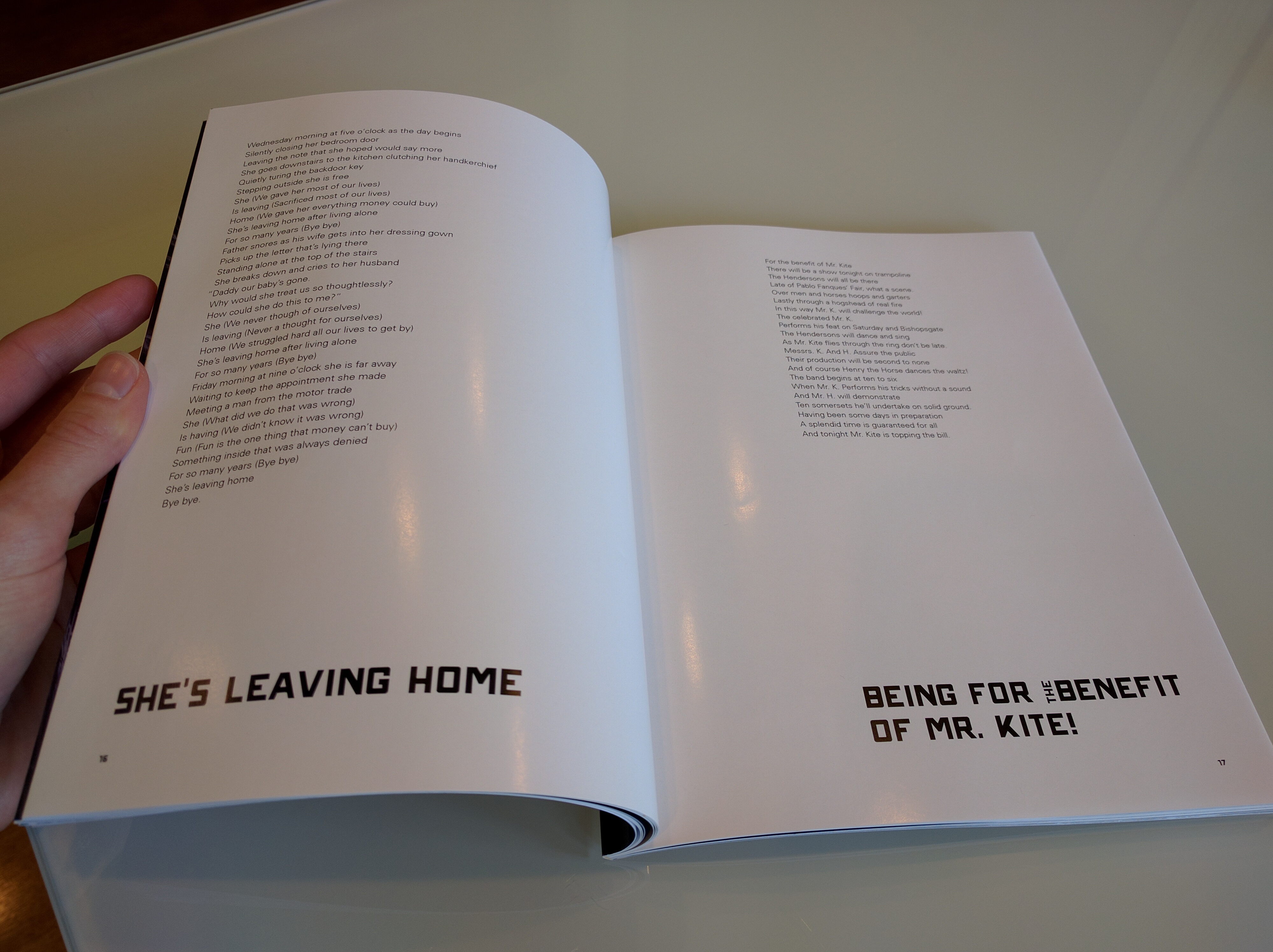 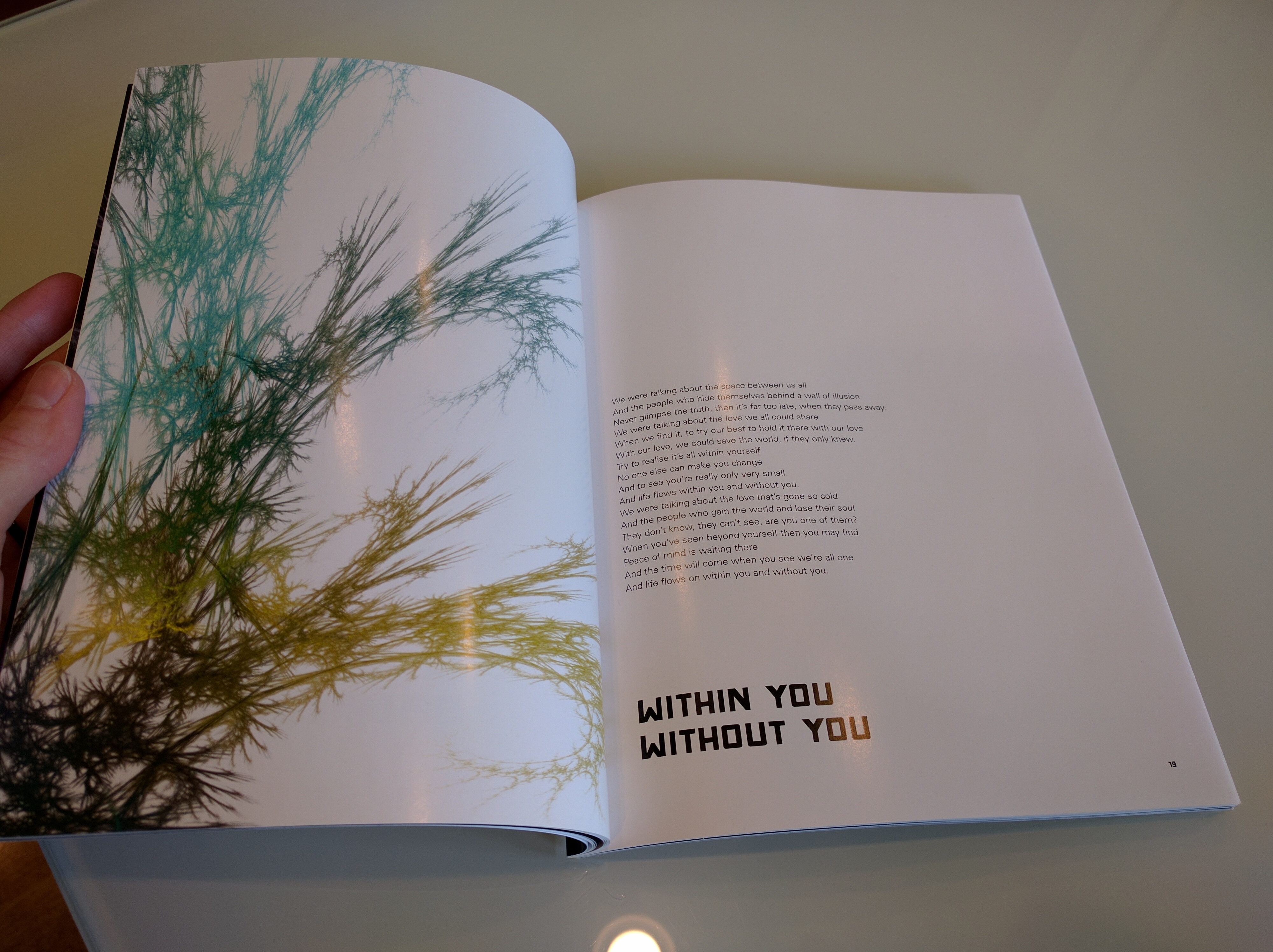 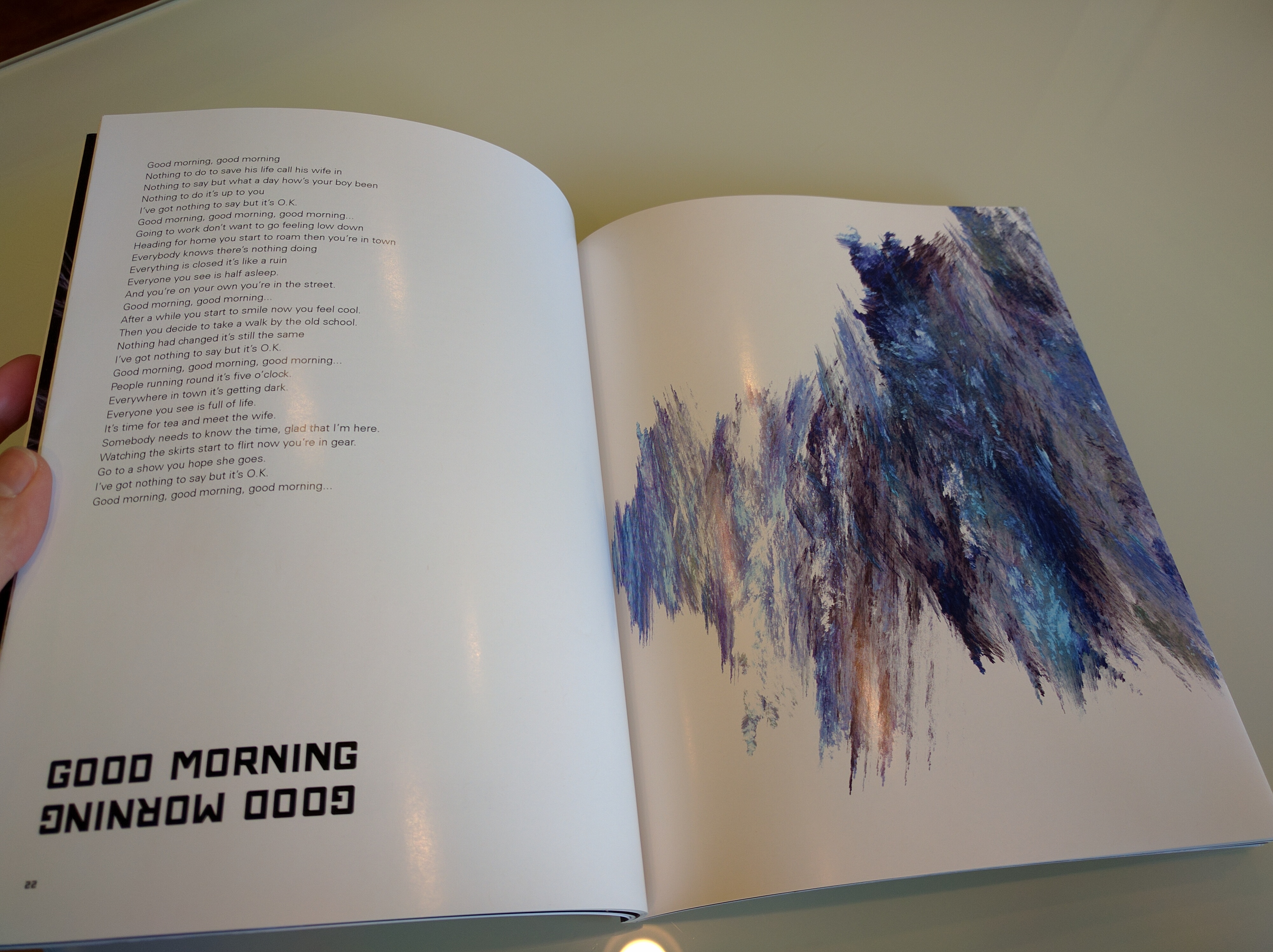 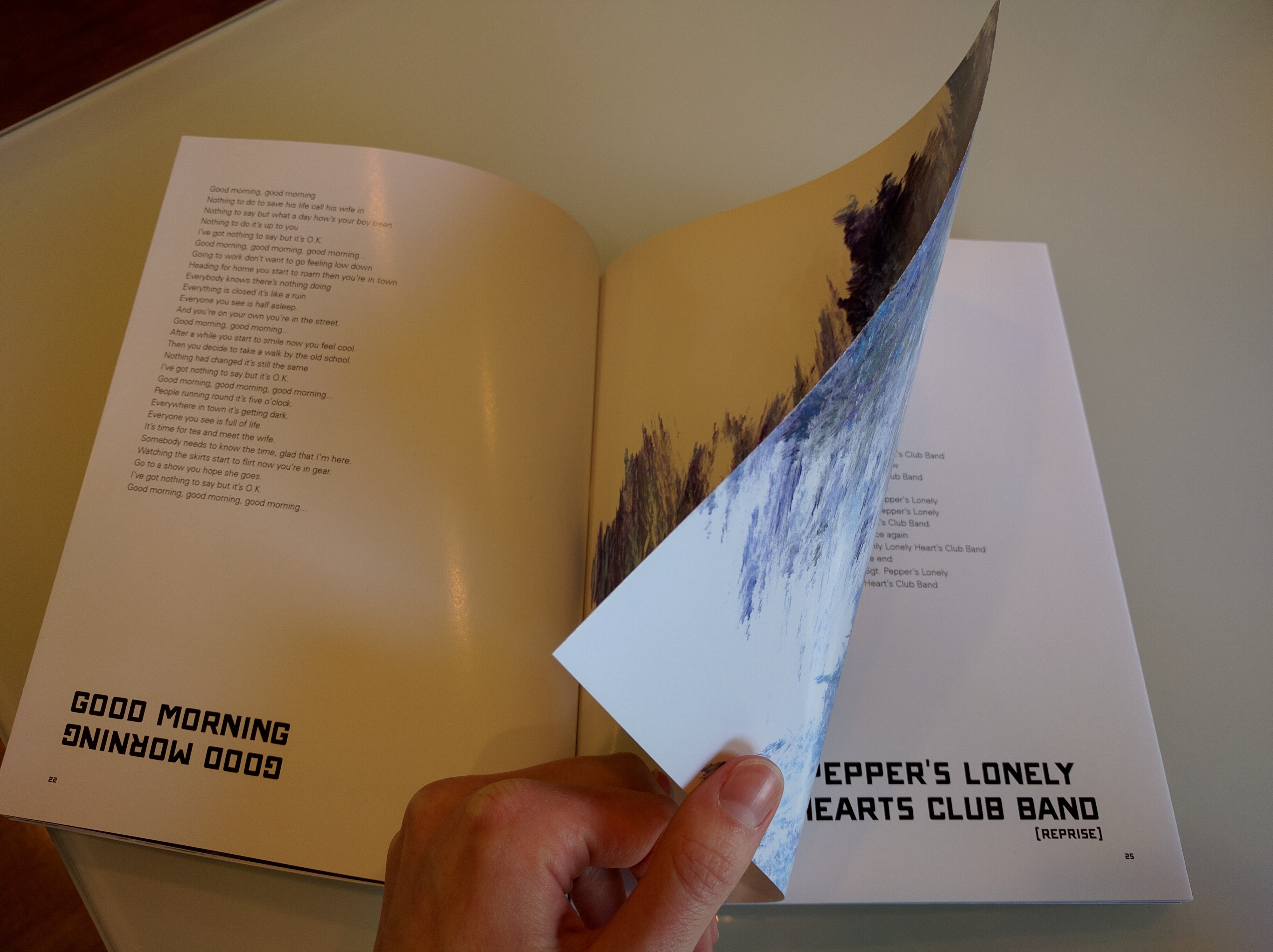 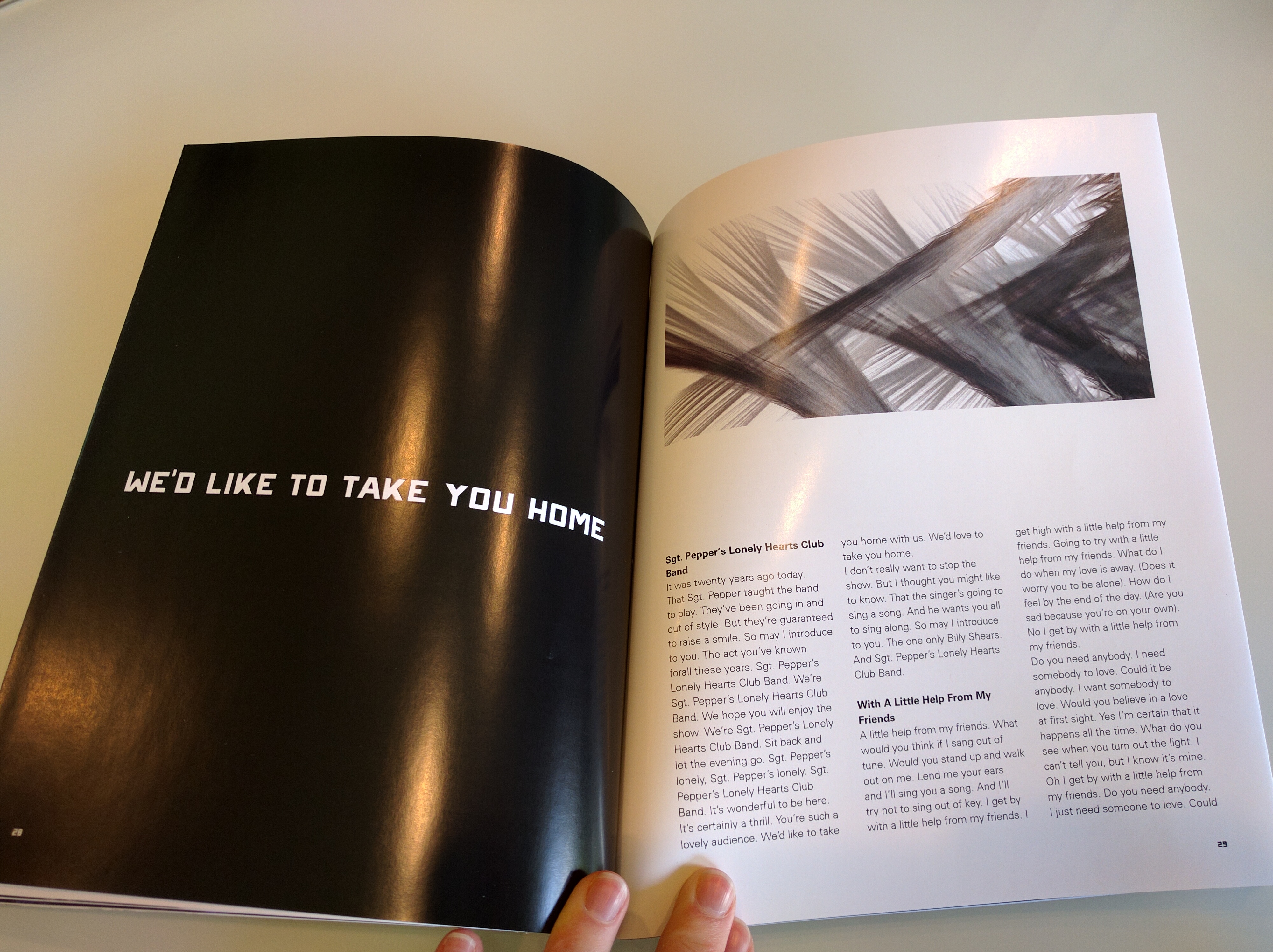 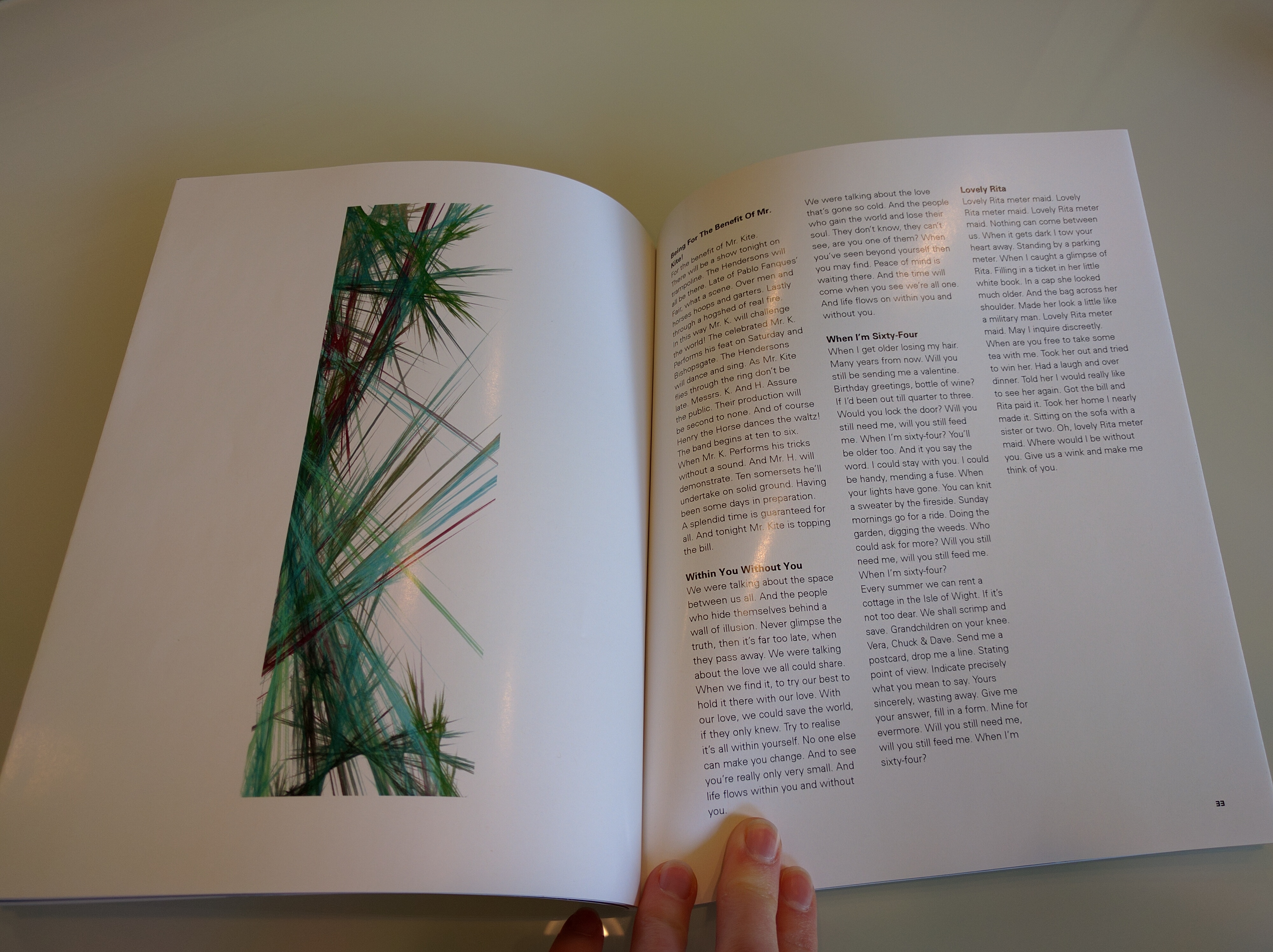 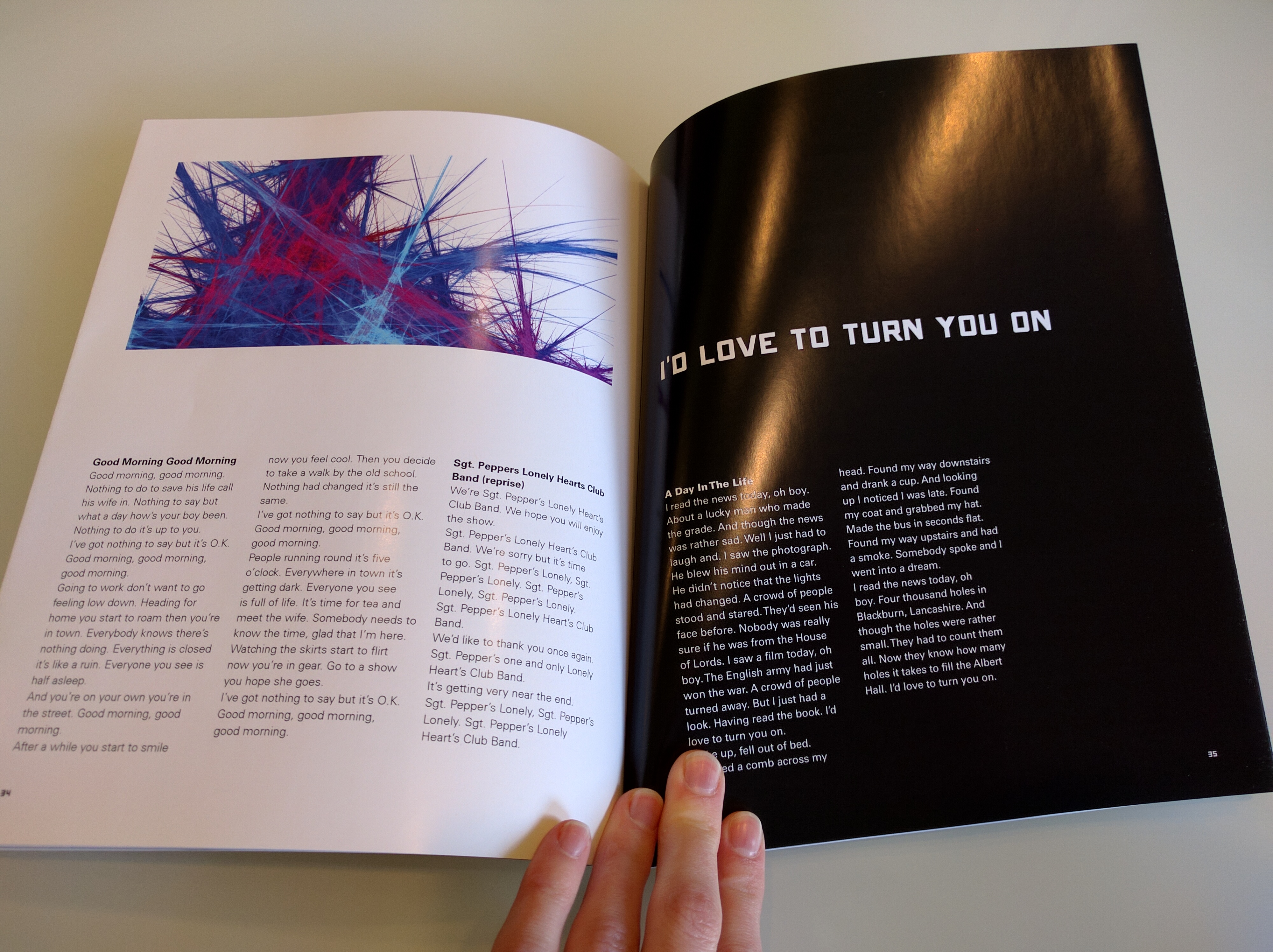 And thus, after many weeks of hard work, this book is finished :)